Gerard V. Bradley, a law professor at the University of Notre Dame, will present a lecture entitled, “The Church and State in America Today,” at Christendom College on April 22, 2002, at 6:30 p.m. in the St. Lawrence Commons. 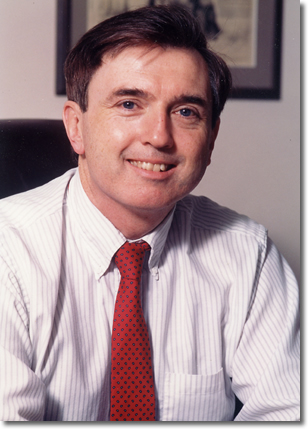 A noted scholar in the fields of constitutional law as well as law and religion, Bradley joined the faculty of the Notre Dame Law School as a professor in 1992, having taught at the University of Illinois from 1983 to 1992. He earned his B.A. from Cornell University in 1976 and his J.D. from the Cornell Law School in 1980. Admitted to the New York Bar in 1981, he practiced law as an assistant district attorney with the New York County District Attorney’s Office from 1980 to 1983.

Professor Bradley participates in numerous professional organizations that involve the study of law and religion and related constitutional issues. With Professor John Finnis, he has served as director of Notre Dame”s Natural Law Institute and as co-editor of the institute’s American Journal of Jurisprudence since 1996. He is president of the Fellowship of Catholic Scholars, vice president of the American Public Philosophy Institute, member of the board of advisors of the Cardinal Newman Society, chair of the Federalist Society’s Religious Liberties Practice Group, member of the Ramsey Colloquium on Theological Issues and member of the board of advisors of the Society of Catholic Social Scientists.

Professor Bradley teaches in Notre Dame’s Trial Advocacy program, long considered to be among the top-10 such programs in the country. He has also developed a legal-externship program and related ethics course in which students earn credit by assisting actual public defenders in representing indigent clients at the St. Joseph County (Indiana) Court, Trial and Misdemeanor Division.

The public is cordially invited to attend the lecture. A reception will follow in the Aula Magna Mariae, located in the lower level of the Chapel. For more information contact Tom McFadden at (800) 877-5456, extension 239.