As an Assistant Professor in the Classical and Early Christian Studies department, Professor Patrick Duffy has spent the last 15 years teaching Latin, Greek, Hebrew, and even Sanscrit to the students of Christendom. During those year, he brought life to the so-called “dead” languages for many students. 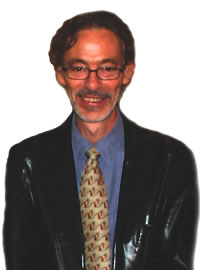 In recent years Duffy has been living in New York City, commuting to Front Royal each Tuesday and returning to the Big Apple on Thursday. With all of those travel miles behind him, he and his wife Erin, also an educator, have decided to move to sunny Florida. There they will work together at a high school.

“I think I am going to become a professional beach comber,” jokes Duffy about his upcoming move. “I’ve always wanted to spend my time lounging on some sunny beach, sipping cool drinks and building sand castles.”

Duffy will be missed on campus and his heroic achievements in keeping the Classics alive at Christendom single-handedly for a number of years in the early 90s will not go without due recognition.

In May, the College announced that the department of Classical and Early Christian Studies has established a new scholarship in honor of its first chairman.

The Patrick J. Duffy Scholarship will be awarded to a Classics major or minor who displays qualities of excellence exemplified by Professor Duffy himself: breadth of human learning, understanding of and commitment to the place of the classical tradition in the Catholic Church, academic excellence, and a good nature and sense of humor.

The first recipient of the Duffy Scholarship is Michael McSheffrey ‘05. The fund is financed through monies raised by the faculty and alumni of the department.