Renowned Catholic apologist Patrick Madrid will deliver a lecture entitled “Is Everything Up for Grabs? A Catholic Critique of Moral Relativism” on November 8 at Christendom College as part of the College’s Major Speakers Program. The lecture will begin at 6:30pm in the St. Lawrence Commons. 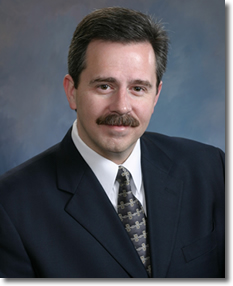 Madrid is the editor of Envoy magazine, a Catholic journal of apologetics and evangelization, and the author or editor of ten books including, Pope Fiction, Any Friend of God’s Is a Friend of Mine, Where Is That In the Bible?, Search and Rescue, Why Is That In Tradition? Answer Me This, and More Catholic Than the Pope, and the acclaimed multi-volume Surprised by Truth series.

Active in apologetics since 1987, Madrid was the vice president of Catholic Answers, serving there from January 1988 to January of 1995. He helped co-found that apostolate’s flagship magazine, This Rock, in January of 1990. He is currently the host of four EWTN television and radio series and writes a popular weekly apologetics column called “Where Is That in The Bible?” which is syndicated in several diocesan newspapers in the U.S.

A reception will follow the talk in the Chapel Crypt. The public is cordially invited to attend. For more information, contact Stephen Grundman at 800-877-5456 ext. 253 orsgrundman@christendom.edu.