Christendom was first accredited by the Southern Association of Colleges and Schools (SACS) in 1987, and was reaccredited in 2002. Now, ten years later, the College will once again prove to SACS that it is maintaining high standards and is working to improve what it offers. This article is the first in a series intended to introduce the extended college community to the concepts and terms involved with this reaccreditation process and to keep all informed about what’s going on with the programs associated with reaccreditation. 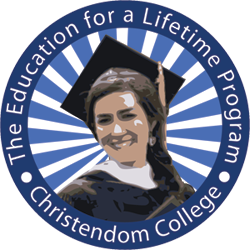 To begin with, as part of Christendom’s reaccreditation, the College’s leadership set out to create a Quality Enhancement Plan (QEP), which focuses on learning outcomes and/or the environment supporting student learning and accomplishing the mission of the institution. The plan is being developed by representatives from across the campus, including faculty, staff, and students.

In the fall of 2008, under the leadership of the QEP Leadership Team (QEP-LT) appointed by College President Dr. Timothy O’Donnell, the College began a two-year consultation process, involving faculty, staff, students, alumni, and members of the board. As a result of their deliberations, the QEP-LT presented several options for the direction of the QEP to President O’Donnell. In the summer of 2010, after consultation with the College community, O’Donnell decided that the College’s QEP would be concerned with improvement in career preparation at Christendom College.

During the 2010-2011 Academic year, the QEP-LT developed the original proposal into a conceptual document entitled “Education for a Lifetime: Christendom’s Academic and Professional Integration Program,” or, in its shorter form, the “Education for a Lifetime Program,” or ELP. The emphasis of the ELP is on students developing the knowledge and motivation to be active participants in their own vocational and career discernment. It emphasizes discernment, which builds upon the liberal arts in light of the College mission, but also ensures that students graduate with basic 21st century research, computer communication, and job search competencies in order to ensure students graduate from Christendom confident in their ability to transform their degree into meaningful and enjoyable careers. It is seen as a part of the Career Development initiative undertaken by the Student Life Office. 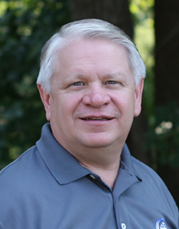 A key first step in implementing the ELP has been the hiring of a full time Director of Career Development, Mr. Mike Mochel. His role is two-fold. On the one hand, he will be working with the QEP-LT and faculty to implement the plan, including Career Development classes and workshops, which will become part of the College’s core curriculum. On the other, he will be working one-on-one with students to help them establish career goals, develop marketing plans and resumes, and build the skills and toolkit necessary to go about finding a career in today’s environment.

Mochel comes to Christendom following successful careers in both the United States Air Force—a retired Lieutenant Colonel—and the defense industry. He has almost 30 years of experience in defense acquisition management including serving as the program manager for over $5 billion of Air Force programs. He has also led the design, development, and implementation of training courses in program management and leadership for senior government and industry acquisition professionals.

Mochel holds a Bachelor of Science degree in Physics from the University of Missouri – Rolla (now the Missouri University for Science and Technology), a Masters in Business Administration from the University of Missouri – Columbia, and an Education Specialist degree in Human Resource Development from The George Washington University Graduate School of Education and Human Development. His office is in the Student Center on the hallway leading to St. Kilian’s Café, and he can be contacted at mmochel@christendom.edu.

In the future, more information about this new program will be laid out, including information about the classes and workshops currently under construction, the goals for the program, and the activities one can expect to see and potentially be involved in as the officials involved in the reaccreditation process visit Christendom. For further information, please contact the QEP Leadership Team Chairman, Dr. Greg Townsend, gtownsend@christendom.edu.