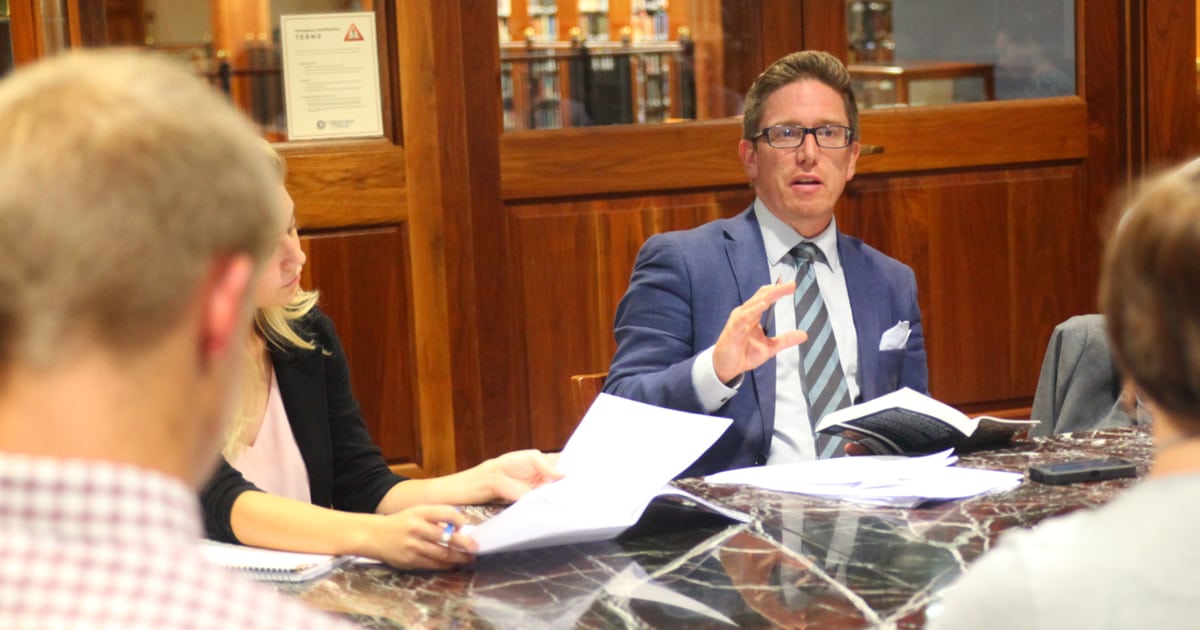 Christendom’s rigorous core curriculum and upper-level courses push students to new intellectual horizons, helping them advance their reasoning while deepening their love for the good, true, and beautiful. In recent years, the college’s faculty have sought to provide an additional outlet for those students who wish to delve even deeper, resulting in the Advanced Studies Program.

Through fulfilling “course contracts,” Advanced Studies participants complete additional reading, research, and writing under the tutelage of a faculty member, allowing them to explore their intellectual interests and gain invaluable academic and professional skills in the process.

Over her four years at Christendom, senior Theresa Piroch has fulfilled many of these contracts, but one of the most fruitful was completed her sophomore year, when she researched the philosophical ramifications of the scientific revolution. Not only did Piroch find the topic interesting, but her research brought to life the other core classes she was taking that semester, such as ethics and the history and literature of early modernity.

Experiences like these inspired Piroch to pursue graduate studies, and she is now applying to philosophy programs with hopes of earning a PhD. According to Piroch, participating in Advanced Studies has given her graduate school applications a competitive edge. Most importantly, “[the program] has prepared me to study with the independence that graduate work requires,” says Piroch.

Senior Peter Cermak also feels that participating in the Advances Studies program both enhanced his academic experience and imparted a useful skill set. As a math major, Cermak thrives on exploring and solving complex problems. With the guidance of math professor Dr. Douglas Dailey, Cermak was able to do just that through one of his contracts.

“I had a very fruitful Advanced Studies contract with Prof. Douglas Dailey, which was to study an extracurricular curiosity of mine, the symmetry of polynomials. I had noticed certain properties of the equations of polynomials which produced different kinds of symmetries in their graphs. Dr. Dailey guided my study and helped me formalize my results,” Cermak explained. “Within a year, I was able to give a complete and general solution to the problem, and we had written an article which we submitted to an academic journal for publication.”

Projects like this instilled perseverance and problem solving that will serve Cermak well professionally, especially in his chosen career. Cermak already has a job lined for after graduation working in project management for Clark Construction, LCC, where he will certainly employ the skills he gained through completing the Advanced Studies program.

“The Advanced Studies program has been a great experience for its own sake, and I think that the patience and discipline learned from pursuing a problem for an extended period of time with no guarantee of a solution will stay with me and help me succeed professionally as well,” explained Cermak. “It has made me a more effective problem solver, communicator, and collaborator.”

Recent alumni who completed the Advanced Studies program are also seeing the fruits of this program in their daily lives and chosen careers.

According to the Advanced Studies faculty advisor Dr. Joseph Brutto, the program has helped graduate school bound students enhance their applications and succeed at the graduate level. 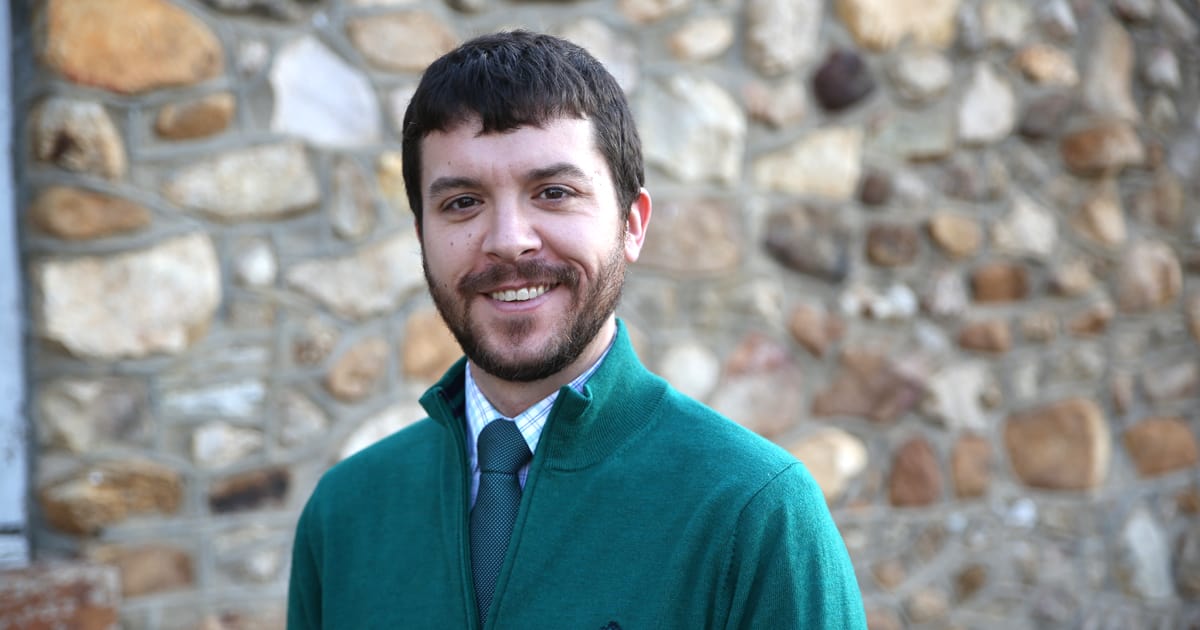 “The program has been successful at assisting Christendom students secure appointments in prestigious graduate programs in the humanities. A number of the program’s alumni have begun graduate studies at the University of Notre Dame and other institutions of higher learning,” Brutto explained.

Recent alumna Edith Lagarde (’20) is among such alumni. Since graduating last spring, Edith Lagarde began studying with the history department at Notre Dame in a five-year PhD program, a challenging yet rewarding experience thus far. According to Lagarde, participating in Advanced Studies was excellent preparation for her graduate school, as the format of the Advanced Studies program shares key similarities to studying at the graduate level.

“One thing I loved about the [Advanced Studies] program was that I rarely did a contract with the professor by myself; usually there were multiple students who chose to work on the same contract. This allowed for insightful conversations about what we read, without the groups ever becoming too large,” Lagarde explained. “Many graduate classes are seminar focused and consist of discussing primary and secondary source readings in a small group. The Advanced Studies program allowed me to do this with additional readings in a way that is not possible in a larger class.”

While participating in the Advanced Studies program is excellent preparation for graduate studies, this program also inculcates valuable professional skills. Alumna Laura Cermak is an example of this.

Since graduating in 2019, Cermak has taken on a wide range of professional endeavors. In her full-time position at Saffron Ventures, Cermak helps build and promote study abroad programs for medical students. In addition, she serves as a part-time business consultant for Ally, a group of clinics that serve children with autism. In her spare time, Cermak founded True Style, a nonprofit organization that inspires young women to have self-confidence expressed through stylish and dignified dress. Needless to say, Cermak is doing incredible work both in the workplace and beyond.

Cermak believes her participation in Advanced Studies was an incredible investment of her time and helped her “suck the marrow out of her Christendom education.” From the research she conducted in tandem with her Catholicism and American Democracy course, which she used to apply to an academic seminar in Europe, to the senior advanced study seminar she took with the other advanced studies participants, which explored the primary texts from Islamic and Eastern traditions, participating in the Advances Studies program allowed Cermak to delve into a wide array of topics of interest, while qualifying her for conferences and many other opportunities.

“Discussing projects one-to-one with professors, similar to the Oxford Tutorial model, was an exciting and fruitful challenge,” Cermak explained. “The Advanced Studies program was an incredible opportunity to take my academic writing to the next level, to read more primary and secondary texts, and to situate the Christendom core in the context of a broader intellectual tradition.”

Through her strong dedication to academic study, Cermak developed perseverance and problem solving, skills she uses today in her various professional endeavors. And yet, according to Cermak, participating in Advanced Studies and delving deeply in the study of the liberal arts was an inherently valuable pursuit she would not trade.

Since 2016, the Advanced Studies program has allowed gifted and enthusiastic students such as these to delve into the profound questions that Christendom’s curriculum prompts. Whether Advanced Studies participants go on to graduate school, or take their extensive knowledge to the workplace, this program is an excellent opportunity and noble pursuit.