Mount, the president of Catholic Distance University, received the college’s St. Catherine of Siena Award for Distinguished Service to the Church and Catholic Higher Education to begin the convocation. An innovative leader in the field of education, Mount encouraged students, faculty, and staff to make Christ present wherever they go through their knowledge and witness. 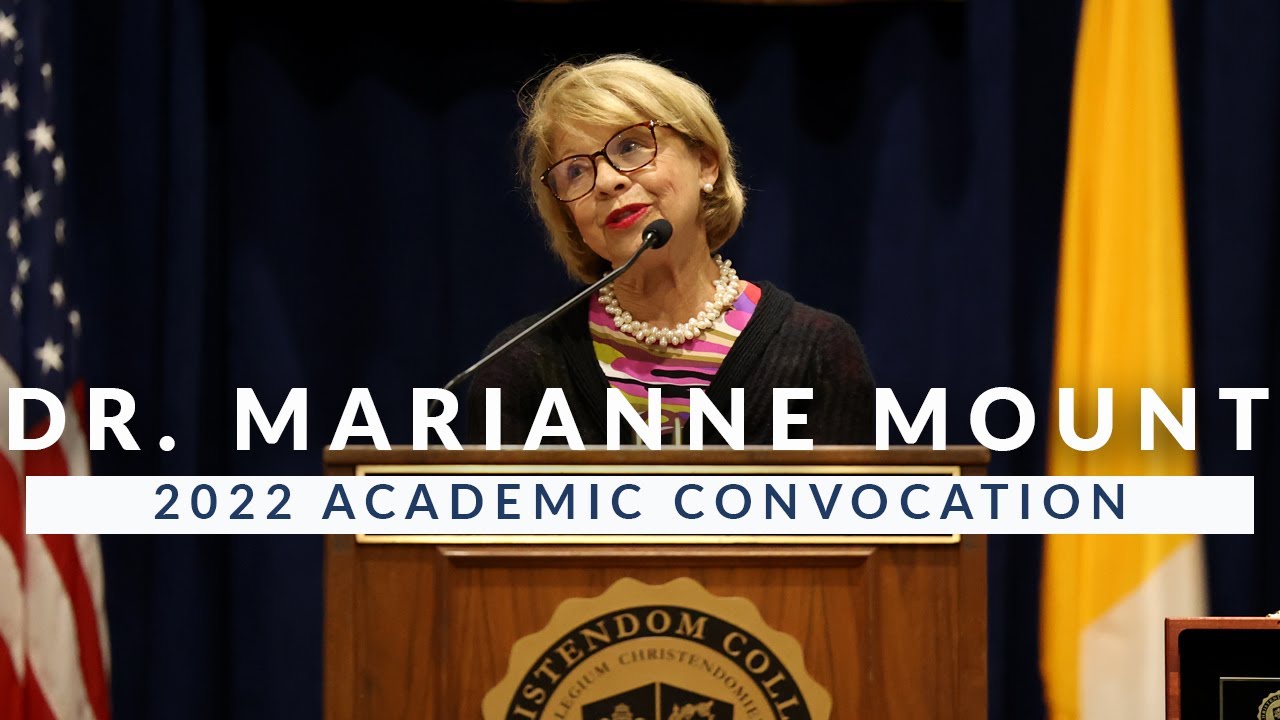 “Your new chapel, so close to completion, is an image of the immense love of God for the Christendom College community, and your abiding faith in His love during your privileged years here in this beautiful Shenandoah Valley,” said Mount. “May you celebrate the providence of God, who has gifted you with a Christendom education as a sign of His predilection for you and His apostolic hopes for you as sons and daughters of the Eternal Father. Like Jesus Christ, His beloved Son, to be a Christian is to be a teacher. May your knowledge and witness make Christ present wherever you go and wherever you are.”

After receiving the Fra Angelico Award for Excellence in Fine Arts in Service to the Beauty of the Catholic Faith, Defilippis reflected on the name “Christendom” and its importance in the modern world.

“This is an important institution here to carry on the legacy and the respect for the name Christendom,” said Defilippis. “It’s meaning, in some ways, has been lost through history. It’s about all the nations uniting together to worship the one God, to worship Jesus Christ, the son of the living God. This is a great challenge for each and every one of you to be great for Christendom. I remember Warren Carroll, your founder, saying, ‘One man can make a difference.’ That’s true. One woman, one man can change literally the course of history.” 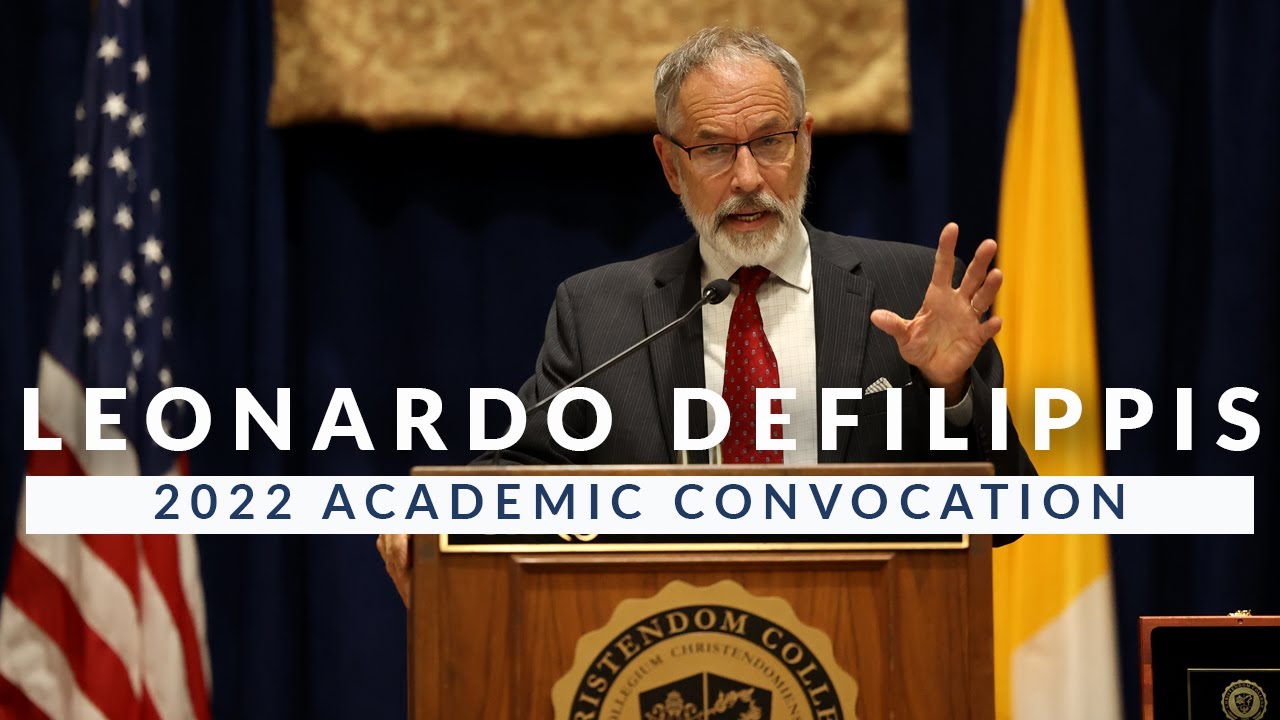 Defilippis, an award-winning actor, writer, producer, and director who has worked to bring the lives of the saints and of Christ to people across the world, concluded his remarks by encouraging students to truly “dare to be great” in their lives, both now and in the future.

“Dare to be great,” encouraged Defilippis. “What is greatness? It’s Christ. We want you to create beauty and truth in your entire life, whatever you do. But dare to be Christ. Do not be afraid to be Him.”

Dr. Marianne Mount of Catholic Distance University, Leonardo Defilippis of Saint Luke Productions, and Dr. John Bruchalski of Tepeyac OB/GYN were all honored during the event.

Dr. John Bruchalski, the founder of Tepeyac OB/GYN and Divine Mercy Care, received the college’s Pro Deo et Patria Award for Service to God and Country. Before delivering his remarks, Bruchalski asked anyone in the audience who had been delivered by Tepeyac, a medical facility committed to serving all women regardless of their beliefs, background, or financial situation, to raise their hands, with many students doing so — a remarkable testament to the impact of Bruchalski’s work over the past few decades.

In his remarks, Bruchalski thanked Christendom for the award and prayed abundance on the college during its forty-fifth anniversary year. 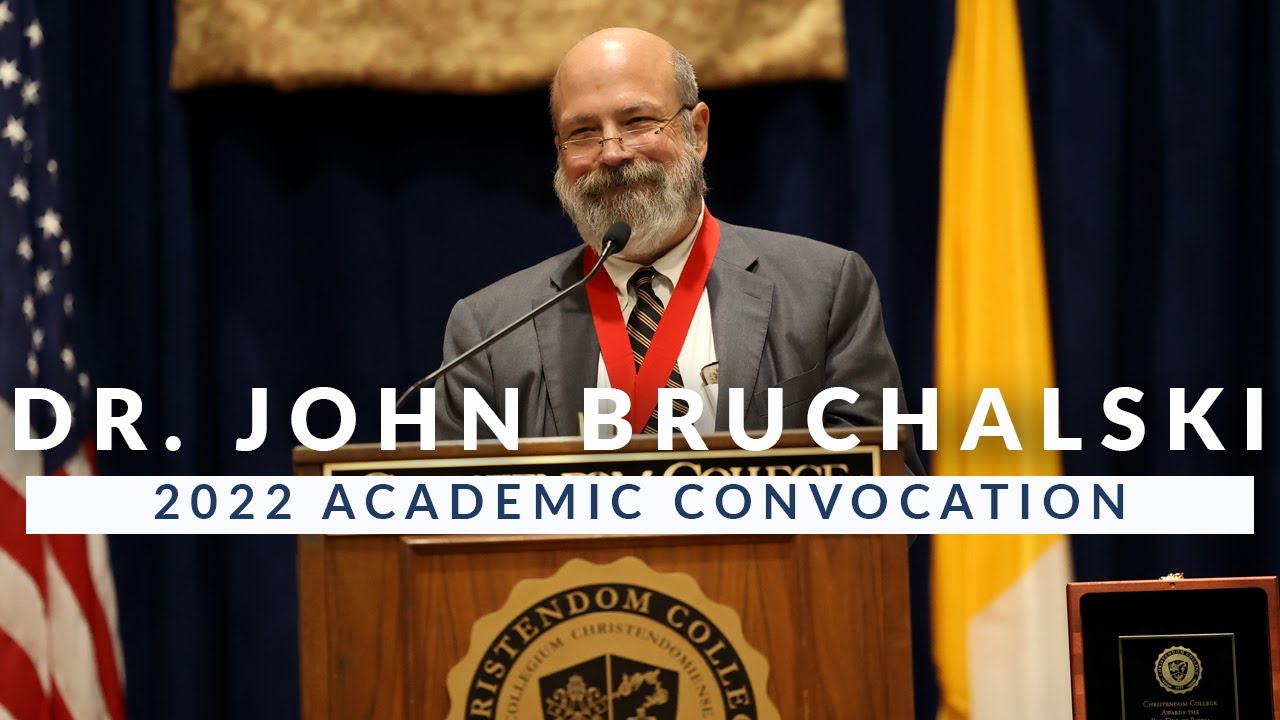 “In medicine, specifically as physicians, nurses, nurse practitioners, and physician’s assistants, we are still held to earth by gravity, but by connecting with the cloud of witnesses above us, they’re going to lead us to a much better place,” said Bruchalski. “This is a place where you can learn to live and love your faith and go back out into the world to be a part of the family of God in the Catholic tradition.”

The college concluded the convocation with a beautiful fireworks display above the college’s new Christ the King Chapel, illuminating the night sky and ending the evening on a spectacular note. 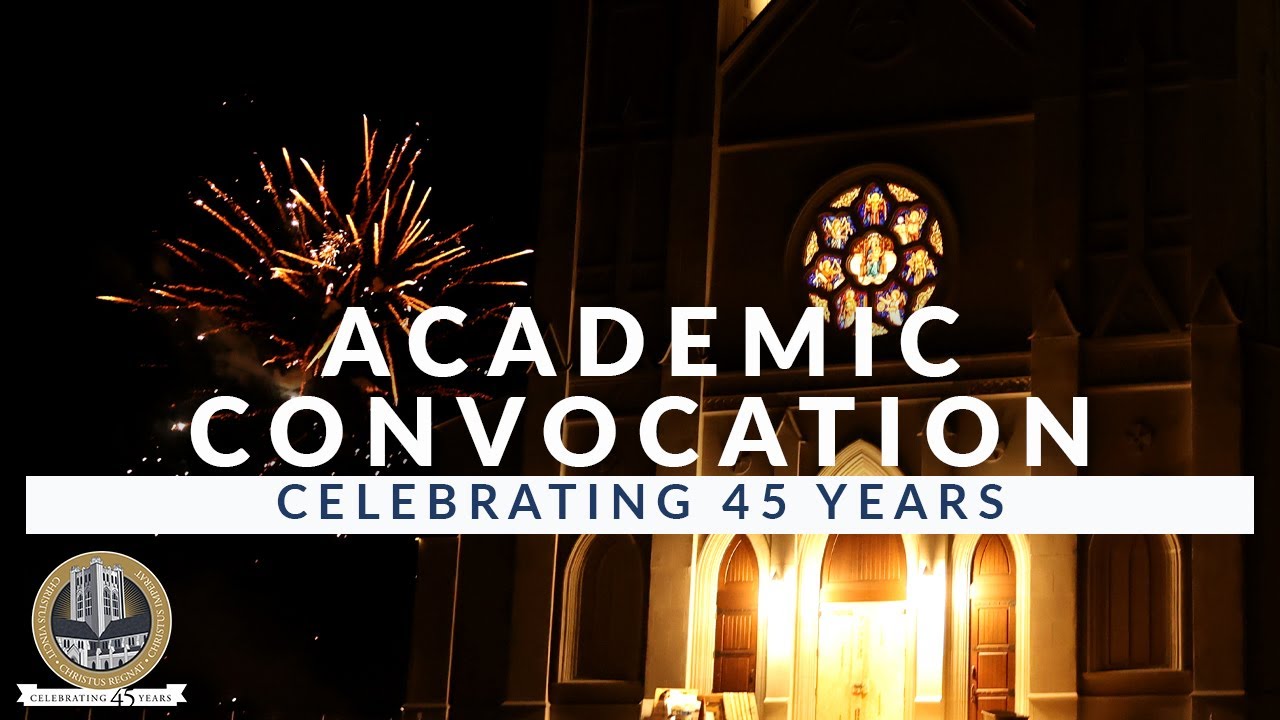