Christendom in Spain and Portugal: Fatima and the Best of Catholic Spain 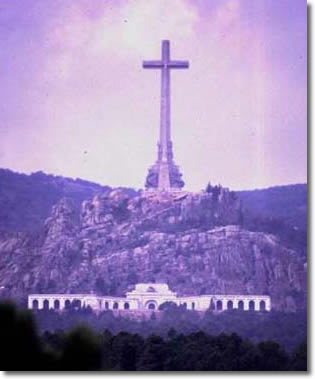 This directed tour will include lectures on Spanish political history, as well as Spanish cultural history. Participants will be able to read one of the greatest plays of the Spanish Golden Age of Literature beneath the Roman and medieval walls of Avila. They’ll view the works of Velasquez, El Greco and Morillo at the Prado Art Museum in Madrid and see the Valle de los Caidos, the great monument built by Francisco Franco to honor the Spanish Civil War dead. They will attend Mass in the Incarnacion Monastery, where St. John of the Cross heard St. Teresa of Avila’s confessions, and they will spend a night in the Plaza Mayor of Salamanca, the greatest and oldest university town in Spanish history.

For more information on the trip please contact Dr. Reyes at Christendom College, 800-877-5456 ext. 326. A flyer containing the details will be available in the near future.