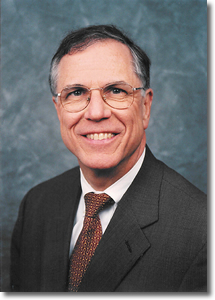 Haas is the President of The National Catholic Bioethics Center in Boston, Massachusetts. The Center was established in 1972 to apply the teachings of the Catholic Church to ethical issues arising from developments in medicine, the life sciences and civil law. It is the largest publisher of books and periodicals on Catholic bioethics in the country.

Before assuming the Presidency of The National Catholic Bioethics Center, Haas was the John Cardinal Krol Professor of Moral Theology at St. Charles Borromeo Seminary of the Archdiocese of Philadelphia and Adjunct Professor at the Pontifical John Paul II Institute for Studies in Marriage and the Family, Washington, D.C. Additionally, he is a consultant to the Committee for Pro-Life Activities of the United States Conference of Catholic Bishops; a former board member of the Fellowship of Catholic Scholars; and is a board member and faculty member of the International Catholic University. He is Founder and President of the International Institute for Culture based in Philadelphia, Pennsylvania. Dr. Haas and his wife Martha have nine children and reside in Philadelphia.

The public is cordially invited to attend. For more information, contact Meg McNeely at 800-877-5456 ext. 255 or mmcneely@christendom.edu.