On February 9, H.W. Crocker III will deliver a lecture entitled “The Catholic Church – Defender of Freedom?” at Christendom College as part of the College’s Major Speakers Program. Mr. Crocker will begin his lecture at 6:30pm in the St. Lawrence Commons. 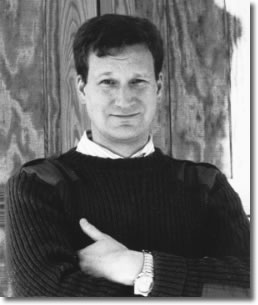 In the mid-1980s he was a journalist and the youngest editorial writer on a major metropolitan newspaper (The San Diego Union). He stills writes occasional journalism for many national publications, including Crisis and the National Catholic Register. He also spent four years as a speechwriter for the Governor of California. But most of his career has been spent as a book editor, handling mainly political books, at Regnery Publishing in Washington, D.C.

In addition, he’s an author. His first book was Robert E. Lee on Leadership, which General Josiah Bunting of the Virginia Military Institute called “A masterpiece—the best work of its kind I have ever read.”

His second book was a comic novel entitled The Old Limey, which The Wall Street Journal compared to Dickens in its power of conservative social satire, and which was been chosen for Barnes and Noble’s “Discover Great New Writers Program” for first novelists.

And he is the author of Triumph: The Power and the Glory of the Catholic Church, A 2,000-Year History. Fr. C. John McCloskey called Triumph “the best short history of the Church in English since the Second Vatican Council.” George Sim Johnston, writing in Crisis magazine, said, “I am still scratching my head over how he did it, but in Triumph [Crocker] has told 2,000 years of Catholic history in fewer than 500 highly readable pages. The book has all the virtues of a good novel while packing an enormous amount of information. Not since Paul Johnson’s Modern Times has edification been this pleasurable—and I ought to add that this book is superior to Johnson’s own History of Christianity!… Crocker has performed a valuable service by writing a substantive history of the Church that goes down as smoothly as summer beach reading.” Sean Hannity of Fox News wrote that Triumph “is the most essential Catholic book since the Catechism of the Catholic Church (though it’s a lot more fun to read). Buy it and enjoy.”

The public is cordially invited to attend. For more information, contact Meg McNeely at 800-877-5456 ext. 255 or mmcneely@christendom.edu.