The Christendom Players will be presenting Oscar Wilde’s dramatic comedy, An Ideal Husband, this coming weekend March 12-14, at The
Theatre at Washington VA. 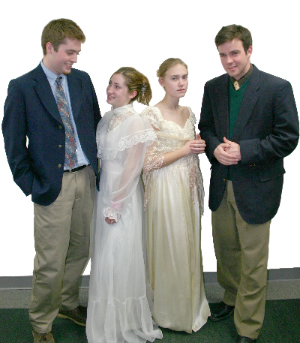 An Ideal Husband, written in 1895, is a very entertaining comedy/drama. There is a bit of everything: witty dialogue, comedy, political intrigue, juicy romance, nail-biting suspense. It was made into a successful film in 1997 starry Colin Firth and Minnie Driver.

Suitable for the whole family.