The Christendom Players performed Oscar Wilde’s play, An Ideal Husband at The Theatre at Washington, Virginia. Giving four outstanding performances throughout March 12-14, the production was directed by student Michael Powell, with assistance given by Dr. Patrick Keats and alumna Sherry Spring ’02. 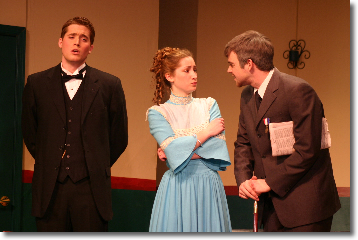 An Ideal Husband was first performed on the London stage in 1895. Popular in its own time, “Husband” stands up equally well in our own age. It was adapted into a successful film in the 1990s, starring Jeremy Northam and Minnie Driver. Also, some of its plot devices—including a scandal that involves “insider trading”—are highly relevant for today’s audiences.