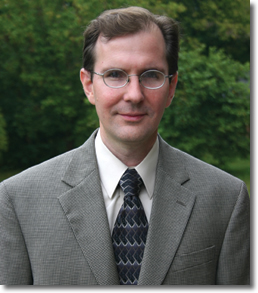 Christopher Shannon, Ph.D., joins Christendom College’s already strong History Department as an Assistant Professor. Shannon earned his Ph.D., M.Phil, and M.A., all in American Studies, from Yale University. Prior to that, Shannon received his B.A. in English from the University of Rochester in 1985.

Following his graduate studies at Yale, he served as a visiting lecturer at Yale and then later at the University of Rochester. Following a stint working at the International Museum of Photography and Film at the George Eastman House from 1996-98, Shannon moved to South Bend, Ind., where he began work at the University of Notre Dame as a Junior Fellow for the Erasmus Institute. Over the next four years, he served Notre Dame as a research associate and the associate director of the Cushwa Center for the Study of American Catholicism, as well as a history instructor for the university’s history department. From 2002-03, Shannon was a visiting assistant professor at St. Mary’s College in Ind., before becoming a research associate for the Jacques Maritian Center at the University of Notre Dame for the 2003-04 academic year.

He is the author for two books, A World Made Safe for Differences: Cold War Intellectuals and the Politics of Identity and Conspicuous Criticism: Tradition, the Individual, and Culture in American Social Thought, from Veblen to Mills, and has written numerous articles and commentaries for various periodicals and journals.