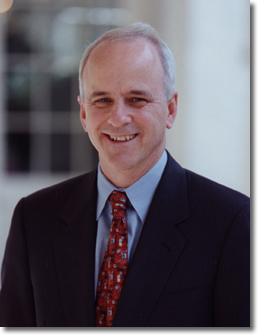 Assistant to President George W. Bush Jim Towey will deliver a lecture entitled “Faith and Faith-Filled People in the Public Square”on April 4 at Christendom College as part of the College’s Major Speakers Program. The lecture will begin promptly at 6:30 p.m.

Along with his responsibilities as Assistant to the President, Towey also serves as the Director of the White House Office of Faith-Based and Community Initiatives. Previously, he had served for 12 years as legal counsel to Mother Teresa and her Missionaries of Charity. Due to his long career in public service and his work in support of those in need, Towey has been the recipient of many honors, ranging from three honorary doctorates from universities to an award from Pope John Paul II.

A reception will follow the talk in the Chapel Crypt. The public is cordially invited to attend. For more information, contact Stephen Grundman at 800-877-5456 ext. 253 or sgrundman@christendom.edu.