At Christendom College, Jewish Convert to Explain Role of Judaism in Salvation History

Jewish convert to Catholicism Roy Schoeman will deliver a lecture entitled “The Role of Judaism in Salvation History” on September 19 at Christendom College as part of the College’s Major Speakers Program. The lecture will begin promptly at 6:30 p.m. 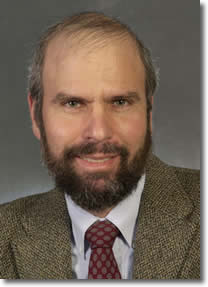 Schoeman was born in a suburb of New York City of “Conservative” Jewish parents who had fled Nazi Germany. His Jewish education and formation was received under some of the most prominent Rabbis in contemporary American Jewry, including Rabbi Arthur Hertzberg, probably the foremost Conservative Rabbi in the U.S. and his hometown Rabbi growing up; Rabbi Arthur Green, later the head of the Reconstructionist Rabbinical College who was his religion teacher and mentor during high school and early college; and Rabbi Shlomo Carlebach, a prominent Hasidic Rabbi with whom he lived in Israel for several months. His secular education included a B.Sc. from M.I.T. and an M.B.A. magna cum laude from Harvard Business School. Midway through a career of teaching and consulting (he had been appointed to the faculty of the Harvard Business School) he experienced an unexpected and instantaneous conversion to Christianity which led to a dramatic refocus of his activities. Since then he has pursued theological studies at several seminaries, helped produce and host a Catholic Television talk show, and edited and written for several Catholic books and reviews.

A reception will follow the talk in the Chapel Crypt. The public is cordially invited to attend. For more information, contact Stephen Grundman at 800-877-5456 ext. 253