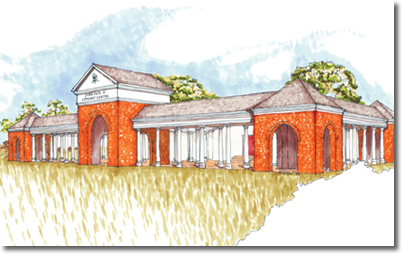 “Under the leadership of my predecessor, Dean Michael Brown, the student body itself raised $96,000 for this project,” said Tournament co-organizer Joe Wurtz, Dean of Student Life. “That’s a significant accomplishment for busy College students, and I think it shows you how much this Center means to them.”

The College needs to raise $400,000 for the Student Center by the spring of 2006 in order to complete construction by fall of the same year. Prior to the Tournament, the College had raised over $250,000.

“I am so grateful to all the participants and sponsors for helping to make this tournament such a great success,” said Stephen Grundman, Tournament Director and the College’s Director of Development. “With their help, we have advanced $20,000 closer to the completion of this vital, new Student Center.”

The Student Center will be the first building that visitors will see as they enter the main entrance to the campus. The conversion of the old O’Reilly Memorial Library building will take place in a number of phases. 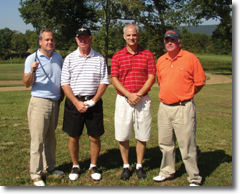 Phase one will focus on the remodeling of the upstairs of the building which will include a café, a recreational room, Student Life offices (Dean, Associate Dean, Alumni and Career Development Director, and Chaplain), and students’ mailboxes. Additionally, phase one will provide for an outdoor lighted basketball court behind the Center. Phase one should be complete in the Spring of 2006.

Phase two will aim at transforming the downstairs of the building into a student lounge which will also offer areas for the various clubs and organizations to meet. Phase three will be the outside of the building, adding the facade, colonnade, outdoor seating, and a courtyard.

The completion date for the entire project is still uncertain due to the fact that the College plans to raise the entire $400,000 prior to finishing the project. For more information about the Student Center or to make a donation to this worthwhile project, please contact Stephen Grundman at 800.877.5456.