Beginning in the summer of 2006, the Institute on Religious Life’s “Vita Consecrata Institute” will be held in conjunction with the NDGS Summer program on the College’s Front Royal campus. The addition of this program will bring many more religious, priests, and seminarians to campus and will increase the summer faculty and course offerings. 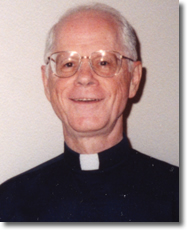 “Christendom is honored to have been chosen by the Institute on Religious Life,” said Dean of Christendom’s Notre Dame Graduate School Dr. Kristin Burns, “and we are thrilled at the prospect of having so many priests and religious on campus.”

The Vita Consecrata Institute (VCI) is a summer program of spiritual renewal and theological study focused on the consecrated life. The IRL has been holding the program at various retreat houses since 2001. Professors such as Fr. Thomas Dubay, SM, Msgr. James Turro, Fr. Aidan Nichols, OP, and VCI Director Fr. Thomas Nelson, OPraem, have gathered every summer with several dozen religious men and women for four weeks of prayer and study. Several of the institute’s students have desired to work towards a master’s degree, and the IRL’s search for a graduate school whose mission was compatible with its own led to Christendom.

Christendom and the Institute on Religious Life have had some connections before this. College President Dr. Timothy O’Donnell sits on the Board of Advisors of the IRL, and he and Fr. Nelson are friends from their graduate school days in Rome.

“This is a very exciting venture for us,” said President O’Donnell. “We anticipate that both Christendom College and the Institute on Religious Life will benefit from this merger. I believe that everyone, but especially all of the religious, will find the peaceful and beautiful setting of our campus to be ‘almost Heaven.’” 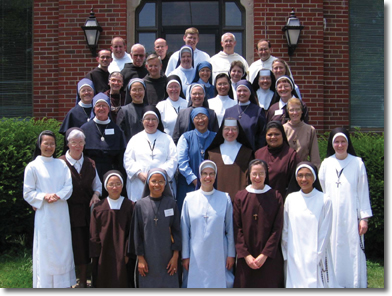 The two institutions have many supporters in common. When Dr. Burns attended the IRL Board meeting in September to give a presentation about Christendom, she found that board members already knew all about the College and had many friends among the faculty, administration, and students. Furthermore, the Notre Dame Institute, precursor of NDGS, cooperated with the IRL and its various summer programs during the nineties.

The IRL Board of Directors unanimously approved the merger of the two programs at its September meeting. The agreement has Christendom’s Graduate School adding another concentration (the Theology of the Consecrated Life) to its course of studies for the students of the VCI. These students will take the same core requirements for the MA as other NDGS students, and the additional consecrated life classes of the Vita Consecrata Institute. The presence of the VCI on campus will greatly enrich the spiritual life at NDGS: additional Masses, the Liturgy of the Hours, and nightly holy hours will be available to the whole Christendom community.

By co-sponsoring the VCI, NDGS is returning to its own roots. The Notre Dame Institute was founded as a graduate school for religious, and even after it expanded to include lay people, religious made up a significant part of the student body.

“We still have a few every summer, but not the large numbers we have had in the past,” said Burns. “It will be great to have a large religious presence on campus again.”