Raymond Arroyo, an internationally recognized, award-winning journalist, will deliver a lecture entitled “The Big Way of Mother Angelica – Life Lessons of an Outspoken Contemplative Abbess” on April 3 at Christendom College as part of the College’s Major Speakers Program. The lecture will begin promptly at 6:30 p.m. 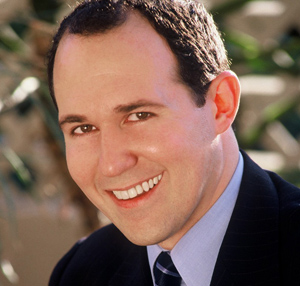 Arroyo is seen each week in more than 100 million homes around the globe on his weekly international news magazine, “The World Over Live,” shown on ETWN. Prior to his work on EWTN, Arroyo worked for the Associated Press, the political columnist team of Evans and Novak, and as a Capitol Hill Correspondent. He studied under theatre luminaries Stella Adler, Uta Hagen, and Beatrice Straight, before acting and directing in New York and London. As the host and creator of “The World Over Live,” Arroyo has interrogated the leading figures of the day. Highlights include the first, exclusive, sit down interview with Mel Gibson on the set of his controversial film, “The Passion of the Christ” and a landmark interview with Pope Benedict XVI: the first and only English language conversation recorded with the pontiff.

Arroyo and his work have been featured on “The Today Show,” “Good Morning America,” “Hannity and Colmes,” “Access Hollywood,” “CNN Headline News” and other programs. His writings have been published by The Wall Street Journal, The Washington Times, The Financial Times, and The National Catholic Register.

A graduate of New York University’s Tisch School of the Arts, Arroyo is the author of the newly released New York Times Bestseller Mother Angelica: The Remarkable Story of a Nun, Her Nerve and a Network of Miracles published by Doubleday.

The lecture is open to the public and a reception will follow. For more information, please contact Suzannah Redner, at 800.877.5456 or sredner@christendom.edu.