College Says Good-bye to Key Figures of the Past 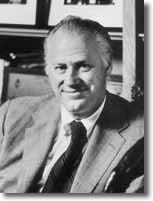 He served at Master of Ceremonies at both the New York Fundraiser and the 20th Anniversary Celebration. Kuhn and his wife, Louisa, went on The Christendom in Spain program with Dr. Carroll. “I will never forget Dr. Carroll passionately reading the ballad of Lepanto on a bus ride in Spain,” he once said.

College President Dr. Timothy O’Donnell met him frequently at Legatus events. “He was a dear friend,” O’Donnell said. “He will be deeply missed.”

Walter J. Stuart, 80, a retired Senior Executive Service official who headed sections and divisions of five federal agencies, died of complications of cancer March 8 at his home in Las Vegas. He lived in the Washington area for nearly 50 years before moving from Arlington to Nevada in 2001.

After retiring from the civil service in 1980, he helped established Christendom Education Corp, the corporate arm of Christendom College, and spent three years as its president. He helped establish Holy Cross Abbey in Berryville, VA and also worked for Martin Marietta, CACI and Catholic University, where he was an adjunct instructor in business administration.

Mass was offered for both Kuhn and Stuart in Christ the King Chapel. May their souls and all the souls of the faithful departed through the mercy of God, rest in peace.