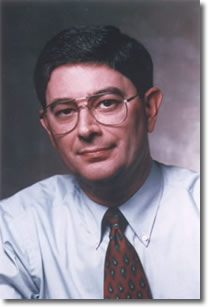 George Weigel will deliver a talk entitled “Pope Benedict XVI and the Future of the Catholic Church” at Christendom College on Monday, April 23 at 6:00 pm.

Weigel, a Senior Fellow of the Ethics and Public Policy Center, is a Roman Catholic theologian and one of America’s leading commentators on issues of religion and public life.

A native of Baltimore, he was educated at St. Mary’s Seminary College in his native city, and at the University of St. Michael’s College in Toronto. In 1975, Weigel moved to Seattle where he was Assistant Professor of Theology and Assistant (later Acting) Dean of Studies at the St. Thomas Seminary School of Theology in Kenmore. In 1977, Weigel became Scholar-in-Residence at the World Without War Council of Greater Seattle, a position he held until 1984. In 1984-85 Weigel was a fellow of the Woodrow Wilson International Center for Scholars in Washington, D.C. There, he wrote Tranquillitas Ordinis: The Present Failure and Future Promise of American Catholic Thought on War and Peace (Oxford University Press, 1987).

Weigel is the author or editor of numerous other books, including Catholicism and the Renewal of American Democracy (Paulist, 1989), The Truth of Catholicism: Ten Controversies Explored (HarperCollins, 2001), Letters to a Young Catholic (Basic, 2004), and The Cube and the Cathedral: Europe, America, and Politics Without God (Basic, 2005). In addition to his books, Weigel has contributed essays, op-ed columns, and reviews to the major opinion journals and newspapers in the United States. He has appeared on numerous network television, cable television, and radio discussion programs, and is a consultant on Vatican affairs for NBC News.

His weekly column, “The Catholic Difference,” is syndicated to sixty newspapers around the United States. Both his scholarly work and his journalism have been translated into a variety of western languages.

From June 1996, as a Senior Fellow of the Center, Weigel prepared a major study of the life, thought, and action of Pope John Paul II. Witness to Hope: The Biography of Pope John Paul II was published to international acclaim in the Fall of 1999, in English, French, Italian, and Spanish editions. Polish, Portuguese, Slovak, Czech, and Slovenian editions were published in 2000. A Russian edition was published in 2001, and a German edition in 2002; a Chinese edition is in preparation. A documentary film based on the book was released in the fall of 2001 and has won numerous prizes.

Weigel, who has been awarded eight honorary doctorates and the papal cross Pro Ecclesia et Pontifice, serves on the boards of directors of several organizations dedicated to human rights and the cause of religious freedom. He is also a member of the editorial board of First Things.

George Weigel and his wife, Joan, have three children and live in North Bethesda, Maryland.

A reception will follow the talk in the St. Kilian’s Café. The public is cordially invited to attend.