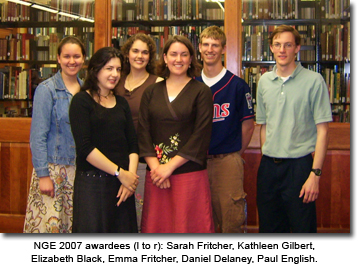 “The faculty of the Classical and Early Christian Studies department take great satisfaction in seeing young scholars mature who are equipped to use intelligently the sacred and secular patrimony of our civilization memorialized in Latin and Greek,” Department Head Dr. Edward Strickland said.  “As recently as last year, the Holy Father declared, ‘Quite rightly Our Predecessors have considered knowledge of Latin of great importance for those who deal with ecclesiastical and liberal studies to be able to make fully their own the tremendously rich teaching of these disciplines.  Therefore, we urge those scholars zealously to endeavor that as many as possible have access to this treasure and obtain the excellent knowledge that it has to bestow.’”

At Christendom, in addition to Classical and Early Christian Studies (CECS), the Theology and Philosophy departments require their students to have adequate mastery of Latin or Greek. Students who study classical languages have been shown to consistently score highest on the GRE and find it to be especially useful for such professions as law, insurance, medicine, fictional or technical writing, library science, or management: careers that demand high literacy and/or a technical vocabulary.