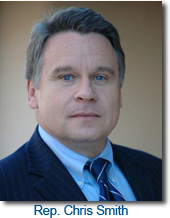 Chris Smith will deliver a talk entitled Bearing Witness to the Truth in the Political Sphere. As a Member of the United States House of Representatives from New Jersey, Smith has championed the rights and interests of many, most especially, the unborn.

Steve McEveety will address the role of the laity in the film industry. McEveety launched Mpower Pictures, which produced the Toronto Award Winning film Bella. Working with Mel Gibson, he executive produced The Passion of the Christ and Academy Award winning films such as Braveheart.

Dr. John Bruchalski will speak on the healing presence of Christ in the practice of medicine. Bruchalski founded the Tepeyac Family Center with the mission of establishing an obstetrical and gynecological facility that combines the best of modern medicine with the healing presence of Jesus Christ. He has spoken on various topics concerning the renaissance of Catholic medicine.

Noted spiritual adviser, Rev. Thomas Dubay will celebrate Mass and deliver the homily, which will explore the universal call to holiness. Rev. Dubay is a well-known retreat master and expert in the spiritual life. A Marist priest, he is an expert on the teachings and writings of the two mystical doctors of the Church, John of the Cross and Teresa of Avila.

Colleen Carroll Campbell will deliver a talk entitled Catholic Journalism and the New Faithful. Campbell is the author of the critically acclaimed book, The New Faithful: Why Young Adults Are Embracing Christian Orthodoxy. Formerly one of six speechwriters for President George W. Bush, she currently is a fellow at the Ethics and Public Policy Center.

Dr. Timothy O’Donnell will address the topic of lay charism and Catholic education. Dr. O’Donnell is a renowned speaker, author, host of a number of EWTN programs, and the President of Christendom College where he also teaches Theology and History. He serves on the Pontifical Council for the Family.