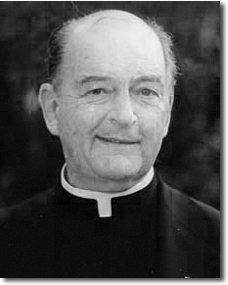 Neuhaus, 72, died from the side effects of cancer, from which he had been suffering, First Things editor Joseph Bottum said.

“My tears are not for him—for he knew, all his life, that his Redeemer lives, and he has now been gathered by the Lord in whom he trusted,” Bottum said in an announcement. “I weep, rather for all the rest of us. As a priest, as a writer, as a public leader in so many struggles, and as a friend, no one can take his place. The fabric of life has been torn by his death, and it will not be repaired, for those of us who knew him, until that time when everything is mended and all our tears are wiped away.”

Neuhaus was a good friend to Christendom College over the years, and visited on one occasion, giving a memorable address.

“Whenever the Church was attacked, Fr. Neuhaus was always at the forefront with grace, eloquence, and Christian charity defending the truth about the dignity of the human person,” College President Dr. Timothy O’Donnell said. “I will always will remember him for his tremendous love of the Church and Her teaching, particularly, as a convert, he had a very strong attachment to the Holy Father. In his death the Church has lost one of her principle defenders.”

As a Lutheran minister, Neuhaus worked in promoting civil rights and protesting the Vietnam War. In 1973, he turned away from the left with the Supreme Court’s ruling legalizing abortion. In 1990, he converted to Catholicism, and was ordained a priest a year later.

He then worked tirelessly to bring Protestants and Catholics together creating a conservative coalition, which impacts politics today.

Eternal rest grant unto Rev. John Neuhaus, O Lord, and let perpetual light shine upon him. May his soul and the souls of all the faithful departed rest in peace. Amen.