Save More Than $5700: Christendom College Named One of the ‘Best Buys’ for Faithfulness and Affordability

Christendom College has been included in a new independent report on college costs published by The Center for the Study of Catholic Higher Education, which reveals that some of the most faithful Catholic colleges and universities in the United States also offer students significant cost savings. 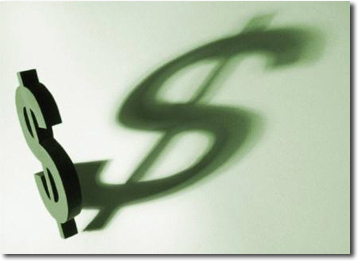 The Center, the research division of The Cardinal Newman Society, commissioned this report in response to the economic recession as a way of helping parents and students as they consider various options for colleges. The study compares the faithful Catholic colleges recommended in The Newman Guide to Choosing a Catholic College with other Catholic and private colleges on issues such as tuition, institutional aid, student debt, and overall affordability.

Though not included in the final published study, the research found that not only are the recommended Catholic colleges more affordable as a whole, Christendom College’s average net cost per year for students is more than $5,700 lower than the average of private colleges in Virginia.

“I think that parents will be happy to learn that a classical Catholic college education can be both faithful and affordable,” Director of Admissions Tom McFadden said. “In today’s economic climate, Christendom’s faithful Catholic education and lower costs should put it at the top of any family’s list as they begin to make decisions on which college to attend in the fall.”

The study also found that tuition and student debt is lower than the average of other Catholic universities. In addition, institutional aid is 10% higher.

“This study is welcome news to families sacrificing to find ways to pay for a meaningful Catholic college education for their sons and daughters,” said Patrick J. Reilly, President of The Cardinal Newman Society.

“The Catholic colleges profiled in The Newman Guide were chosen for their quality education and for the priority that they place on Catholic identity in all aspects of campus life. In that sense we have always believed that the recommended colleges were ‘best buys’ for families based on fidelity to Catholic teachings, but with the publication of this affordability study we now know that they are also truly economic ‘best buys’ too,” noted Joseph A. Esposito, editor of The Newman Guide and director of the Center.

The Center for the Study of Catholic Higher Education’s mission is to study Catholic colleges and universities in accordance with the guidelines of Ex corde Ecclesiae and in a manner faithful to the Holy Father and Magisterium of the Catholic Church. The complete Newman Guide and The Center’s study are available online at www.thenewmanguide.com.