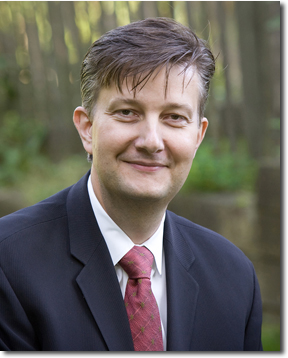 Entrepreneur and former Swiss Guard Andreas Widmer will deliver a talk entitled “Seven Things I Learned from Pope John Paul II on Being a Catholic Business Person” at Christendom College on Monday October 5, 2009, at 6:30 p.m.

Widmer is the co-founder of the SEVEN Fund, a non-profit run by entrepreneurs whose goal is to dramatically increase the rate of innovation and diffusion of enterprise-based solutions to poverty.

Widmer is a seasoned business executive with experience in high-tech and, more recently, international business strategy consulting and economic development. He was an executive in residence at Highland Capital Partners, a venture capital firm. Widmer, a polyglot, has worked extensively in the United States, Europe, Asia, Africa, and Latin Americas, and has brought more than 100 leading-edge technology products to market. He has participated in the early stages of four startup companies with cumulative exits valued at more than $730 million.

Widmer is an author who recently contributed two chapters to the book In the River They Swim: Essays from Around the World on Enterprise Solutions to Poverty. He regularly writes on issues of entrepreneurship, economic development, and spirituality. He has authored articles and been featured in various business and general interest media including the Financial Times, Bloomberg News, Sky TV, and Catholic Digest.

Widmer served as a Pontifical Swiss Guard from 1986-1988, protecting Pope John Paul II. He holds two business degrees from Switzerland, and two degrees from the US: a BS in International Business from Merrimack College and an MA in Ministry from St. John’s Seminary in Boston.