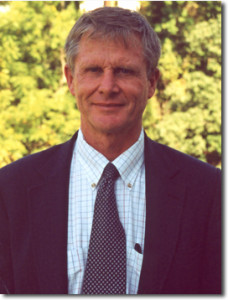 The ceremony will begin with Mass celebrated by College Chaplain Fr. Daniel Gee for the soul of Mr. Thomas Vander Woude at 10 a.m. The dedication will follow immediately after Mass at approximately 11:15 a.m.

“The dedication of the gym floor to my father is a great thing,” Athletic Director Chris Vander Woude said. “He so enjoyed his time here and touched so many lives while at Christendom by his work and sincere Christian charity for others. He taught and instructed so many in the gym and on the court, and hopefully this memorial will enable many more to learn from his life and be inspired by his death.”

Thomas Vander Woude, 66, died on September 8, 2008, in a tragic accident at his house in Nokesville, Virginia, while trying to save his 20-year-old son, Joseph, from drowning after he had fallen into the family’s septic tank. He gave the ultimate sacrifice of his life so that his youngest son might live and in doing so crowned a life of service to his family and those around him which can only be summed up by the words of Christ Himself, “This is my commandment, that you love one another as I have loved you. GREATER LOVE HAS NO MAN THAN THIS, TO LAY DOWN HIS LIFE FOR HIS FRIENDS.” (JN 15:12-13)

As Athletic Director from 2002-2007, Vander Woude also coached the men’s basketball and soccer teams. He touched many students’ lives in his time at Christendom, whether it was his textbook smile that he wore at all times or his genuine friendly demeanor that showed an interest in each and every person and their pursuits. Vander Woude was always more concerned with the type of man or woman a person was becoming than the type of athlete they were, to the extent that he would remind his basketball team to go to confession before each road trip just in case something might happen. In addition, Vander Woude always went out of his way to know and care about others’ personal situations and concerns.

He was a daily communicant and dedicated to the daily Rosary. It is no coincidence that he died on September 8th, the birthday of Our Lady, and that his funeral Mass was celebrated on September 15th, the feast of Our Lady of Sorrows.

As well as serving as Christendom’s Athletic Director, Vander Woude was the College’s Career Development Director from 2002-05 and was the father of 7 boys (5 of whom are Christendom Alumni), and grandfather of 24, the oldest of whom is a junor at Christendom.

Please pray for the repose of the soul of this great man – and hero – and for the consolation of his wife, Mary Ellen, and family.

Eternal rest grant unto him, O Lord, and let perpetual light shine upon him. May his soul, and the souls of all the faithful departed, through the mercy of God, rest in peace. Amen.