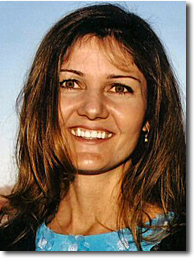 Author and friend to Blessed Teresa of Calcutta Susan Conroy will give an address to the students and faculty of Christendom College on Monday, February 15, 2010, at 6:30 p.m.

Conroy made her first trip to Calcutta to work with Blessed Teresa and the Missionaries of Charity in 1986. In 1987, at the request of Blessed Teresa herself, Conroy stayed in the Order’s convent in the South Bronx, New York, in contemplation of the religious life. While Conroy did not enter the Order, she calls her stay there “the most profoundly meaningful experience of my life.”

In 1991, she once again returned to Calcutta to work with the Sisters among the dying destitute. She and Blessed Teresa kept in touch until Teresa’s death in 1997. Before dying, Blessed Teresa gave Conroy permission to write a book about her experiences. Mother Teresa’s Lessons of Love and Secrets of Sanctity is Conroy’s first book, followed by Praying In The Presence Of Our Lord With Mother Teresa.

Conroy travels around the country giving presentations on her experiences with Blessed Teresa of Calcutta. Conroy also translates books from French into English which relate to Saint Thérèse of Lisieux.

Conroy has made numerous television appearances for local as well as worldwide audiences. On EWTN’s global television network, she hosted a 5 part mini-series of shows which began airing in June of 2008 and again in February 2009 and March 2010, called “Speaking of Saints.”