Alumni Credit Christendom for Their Success in Grad School

Ever since its first graduating class, Christendom College graduates have been yearning to continue their education and attend graduate school. Leo White was in the first graduating class in 1980, along with Mary Stuart. Following graduation, White attended the University of St. Thomas in Houston, TX, where he earned his MA in Philosophy, and then he went on to the Catholic University of America to earn his PhD in Philosophy. 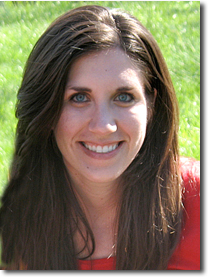 Alumna Marisa White (no relation to the aforementioned Leo White) is at CUA earning her PhD in Literature. She sees her education as a life-long process. “I want to continue learning and writing even after graduate school,” she says. “I want to give others an education like the one I am so grateful to have received.”

Francis Feingold and Daniel Gutschke are pursuing PhDs in Philosophy. Both were attracted to CUA’s program because, like Christendom, it holds a commitment to the Aristotelian and Thomistic philosophical tradition. Both Feingold and Gutschke say that they are indebted to their Christendom education for giving them the capability and confidence that many of their peers in graduate school lack.

“I think I can say, without exaggeration, that Christendom’s philosophy department is the strongest of its kind on the undergrad level in the US,” Feingold says. “I have the philosophical tools to excel at my graduate classes and to engage in confident debate with my professors and fellow students, tools which many of my classmates here did not have the good fortune to receive.”

Fred Fraser is pursuing a PhD in Philology, the study of both form and meaning in linguistic expression, and says that Christendom provided him with more than just the essential ability to understand ancient languages and write well.

“What set Christendom’s preparation apart is the integration of the life of the Church with the life of the mind,” he says. “This is a secret the Fathers, like St. Augustine and St. Gregory, knew. In order to grow in knowledge, one must grow with the sacraments.”

Not only are alumni being educated at CUA, they themselves are educating. Alumnus Dr. Raymond Hain graduated from Christendom with a BA in Philosophy in 2002 and, after earning his PhD in Philosophy from the University of Notre Dame last year, he is now a Visiting Assistant Professor in CUA’s School of Philosophy.

As students and educators, these alumni are sharing the riches of their alma mater. They join their fellow alumni—dentists, neurologists, FBI agents, Wall Street brokers, performing artists, amazing moms, and priests—in restoring all things in Christ.