Author and entrepreneur Frank J. Hanna will give a talk entitled “Defending the Faith, Defending the Word of God” to the students and faculty of Christendom College on Monday, September 27, 2010, at 6:30 p.m. 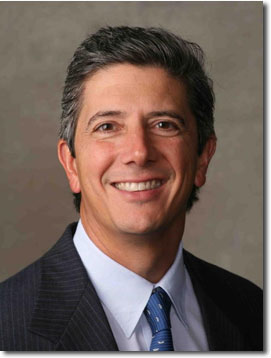 Hanna is the CEO of Hanna Capital in Atlanta, Georgia. He invests as a merchant banker in financial service opportunities, and has started and sold a number of businesses over the last twenty years. Prior to going into the investment business, he was a corporate attorney.

Hanna has been involved in education for the last 26 years, being instrumental in the foundation of three Catholic schools in Atlanta. Two of those schools have been recognized as among the Top 50 Catholic High Schools in the Country.

He has been a frequent speaker to various groups and mass media regarding the ethics of business. He has often spoken on philanthropy, and has written a best-selling book entitled, What Your Money Means.

During the administration of George W. Bush, Mr. Hanna was appointed and served as the Chair of the President’s Advisory Commission on Educational Excellence for Hispanic Americans.