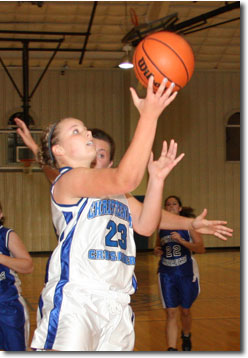 This week, The United States Collegiate Athletic Association named Freshman Mary Barbale as the Women’s Basketball Co-Player of the Week.

Barbale plays point guard for the Lady Crusaders. She averaged 22 points and 15.5 rebounds per game in a 1-1 week for Christendom College. She recorded double-doubles in both games including a 21-point, 20-rebound performance from the point guard position in a victory over Johnson Bible College.

“The freshmen have brought a new energy and excitement to the lady Crusaders’ basketball team—and Mary is a big part of that,” Athletics Director Chris Vander Woude says. “As point guard, Mary runs the show and in just 3 games has already put her stamp on the basketball team. She scored the first points of the year for the team against Davis in their opener and has been close to a triple-double in each of the team’s 3 games.

“She brings a high level of excitement and knowledge to the team.”

Barbale and the Lady Crusaders play their first home game on Friday, November 19 at 7 p.m. against Lord Fairfax Community College. 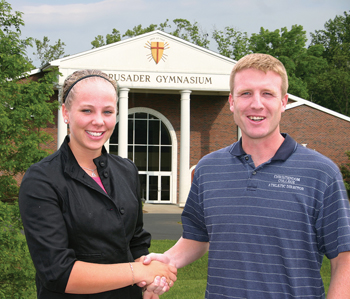