Pianist Jacek Zganiacz to Give Recital at Christendom College 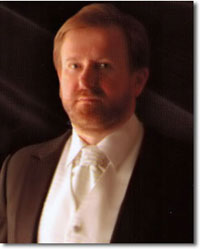 Pianist Jacek Zganiacz will give a recital at Christendom College on Saturday, December 11 at 8 p.m. in the St. Lawrence Commons.  As part of the college’s Beato Fra Angelico Fine Arts Series, the performance will be in honor of the 200th anniversary of the birth of Chopin.

Zganiacz was born in Poland and, after studies at the prestigious Karol Szymanowski Music Academy in Katowice, he came to America to continue his musical studies. He received a Master’s Degree at the Julliard School of Music, after which he received both a licentiate degree and a fellowship from London’s Trinity College.

He has given numerous piano recitals and played with orchestras, including concerts held by special invitation of the Frederick Chopin Society in Chopin’s birthplace — Źelazowa Wola in Poland. He is currently director of the Northern Westchester Music School in Yorktown Heights, New York.