Christendom College History Professor Dr. Christopher Shannon is the recipient of The Historical Society’s 2010 Jack Miller Center Prize for best essay in Intellectual History. Shannon’s essay “From History to Traditions: A New Paradigm of Pluralism in the Study of the Past” appears in the January 2011 issue of Historically Speaking, the bulletin of The Historical Society. 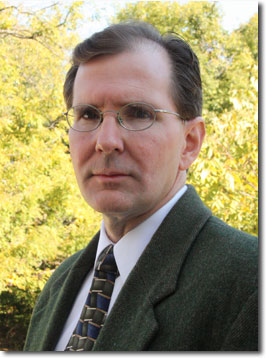 In the essay, Shannon argues that the understanding of objectivity that informs modern professional history writing carries with it an implicit and inherent bias in favor of the secular modern understanding of freedom as autonomy—the freedom from all external constraints.  Drawing on the work of the Catholic philosopher Alasdair MacIntyre, Shannon argues that the profession of the historian can best correct this bias by opening itself up to modes of historical study rooted in authoritative, pre-modern and non-Western traditions.

“‘From Histories to Traditions’ addresses itself to some of the deepest concerns of the historical guild,” Prize Committee Chairman Wilfred McClay of the University of Tennessee says. “By insisting upon the embeddedness of all thinkers in their communities of discourse, but also insisting that these communities be understood diachronically—a view of discursive community reminiscent of G. K. Chesterton’s ideal of tradition as ‘the democracy of the dead’—this provocative essay thereby points us toward a fresh rethinking both of tradition and of the historiographical enterprise itself.”