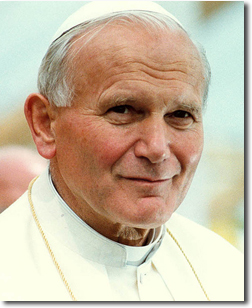 “Christendom College is doing a great work for the Church.” —Pope John Paul the Great

Christendom College will join the Vatican in celebrating the Beatification of Pope John Paul II at both its Front Royal, Va., and Rome, Italy, campuses. College president Dr. Timothy O’Donnell will be joining students in Rome for the Vatican’s events and will also lead a tour of key locations from the life of John Paul II. College chaplain Rev. Donald Planty will be leading the college in a series of events from May 1-4.

In Rome, on Saturday, April 30, O’Donnell will lead Christendom College students on a pilgrimage to sites associated with John Paul II’s student days, from the Belgium College, where he lived, to the Pontifical University of Saint Thomas Aquinas—also known as the Angelicum—where he studied. The tour will include a special tour of the Angelicum by Fr. Alejandro Crosthwaite who will open the university’s archives to view John Paul II’s dissertation and other records. Alumni and friends of the college who will be in Rome for the beatification are welcome to attend.

In Front Royal, on Sunday, May 1, a live broadcast of the Beatification of Pope John Paul II will be on show in Crusader Gymnasium at 4 a.m. This will allow students to experience this historical moment as it happens and also unite them with their fellow students who will be at the actual event in Rome. Later, students will gather in the Chapel of Christ the King to celebrate Divine Mercy Sunday with opportunities for confession and to say the Chaplet of Divine Mercy. A special Mass will then be said at 3 p.m., the greatest hour of mercy.

Sunday’s events will conclude with a performance of J.S. Bach’sMagnificat in Christ the King Chapel at 7 p.m. The performance will feature student vocalists and musicians led by college professors Dr. Mark Clark and Dr. Kurt Poterack.

On Tuesday, May 3, the documentary Nine Days that Changed the World will be shown at 7p.m. in Crusader Gymnasium. Mr. Vincent Haley, the film’s producer, will present the film, which follows Pope John Paul II on his historic nine-day pilgrimage to Poland in June of 1979. Hosted by Newt and Callista Gingrich, the film explores how the pope’s trip to Poland fundamentally reshaped the spiritual and political landscape of the 20th Century.

On Wednesday, May 4, Rev. Planty will celebrate Mass in Honor of Blessed Pope John Paul II for the first time in Christ the King Chapel at 11:30 a.m., at which the special chalice and paten given to Christendom College by Pope John Paul II at the Chapel dedication in April 1995 will be used.

All those interested in joining Dr. O’Donnell in Italy for the walking pilgrimage exploring the Rome of young John Paul II should meet at Ponte San Angelo (St. Peter’s side) at 9:30 a.m. sharp on April 30.

For more information about these events contact Melanie Baker at
melaniebaker 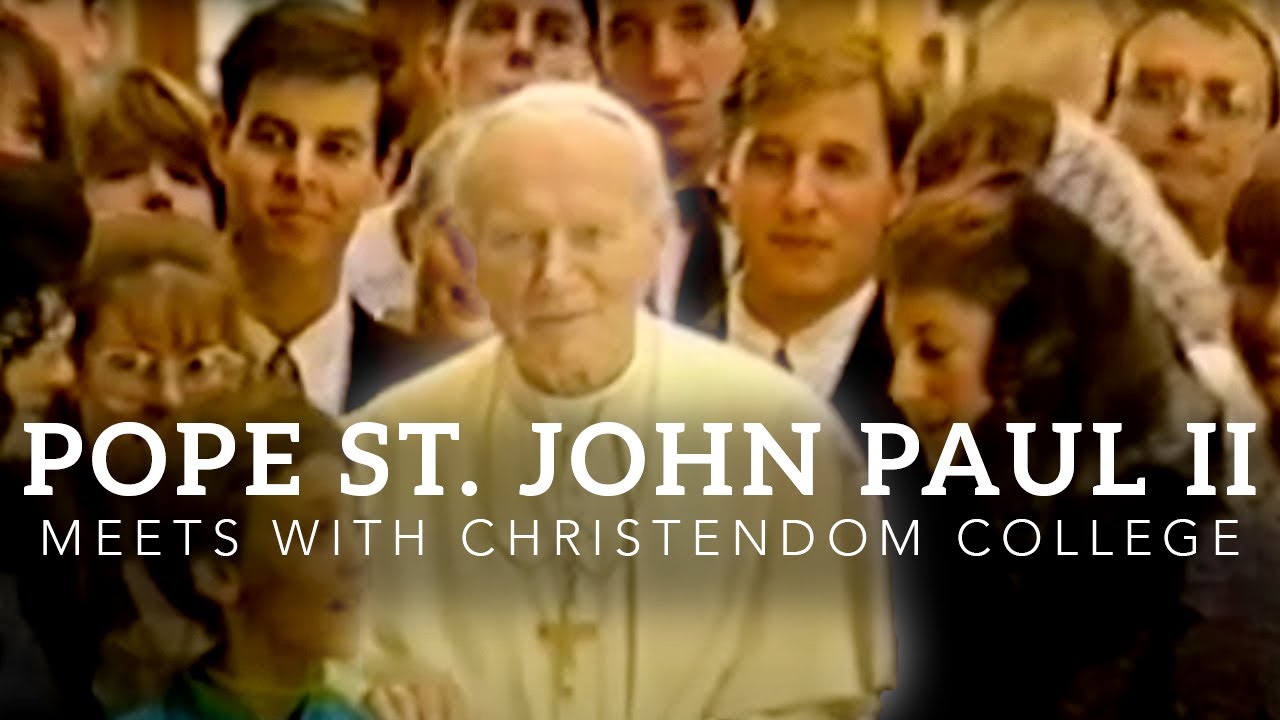