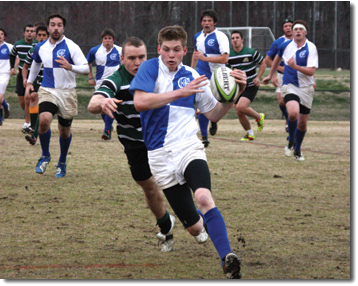 Despite being one of the newest intercollegiate sports offered at Christendom College, the rugby team has taken huge strides in recent years. Last year marked a turning point for the Crusaders, when they completed their first winning season. This year, the team enjoyed another winning season, posting a historic record of 6-1.

Over the past few years, the team has endured tough defeats, but they never lost their hope or love for the game. The team has bonded and become a brotherhood, attracting over 20 dedicated men each year. The rugby program at Christendom strives to encourage fraternity through hard work and practice no matter the weather, score, or circumstances.

This season, under the guidance of first-year Head Coach Mr. Don Briggs, the team outplayed each of their opponents, despite being undersized in every game. Coach Briggs, who has been around rugby his whole life, was impressed with the type of young men that played for the Crusaders.

“It has been such a joy to be a part of Christendom and to get to know and coach these young men,” Briggs says. “I was very proud with the style of play that we were able to play, and give all the credit to the hard work of the guys on the team.”

Often the hardest game in a season is the first game. Players don’t know each other as well, there are first-time jitters, and the game—no matter how hard you try—is never like practice. The Crusaders traveled to Hampden-Sydney College for a three-game tournament, where they met Christopher Newport University in the first game. The game was close, but the untried Crusaders fell by a score of 14-19.

In the next two matches of the day, the Crusaders claimed victories over Lynchburg College and Hampden-Sydney College with scores of 31-10 and 31-12 respectively. These victories won the tournament and signaled the beginning of what would be a season to remember.

The game was played just an hour from Christendom’s Front Royal campus, so many student fans, known as the Christendom Crazies, made the trip to support and cheer on their Crusaders.

Two distinct styles, the strength and power of the Patriots against the speed and teamwork of the Crusaders, struggled in the game. Led by many strong individual performances, including Joe Long, Ben Ranieri, Connor Coyne, and Andrew Hepler, the Crusaders held their own against the bigger Patriots of George Mason. With just under two minutes to play, George Mason held a 13-12 lead.  The Crusaders marched down the pitch looking to snatch the victory. After a series of Crusader passes, Joe Long threw a pass to Aaron Tatum who sprinted across the touchline for the winning try. Tommy Salmon made the conversion kick and the Crusaders upset the Patriots winning 19-13. A classic “David vs. Goliath” story was written again.

Perhaps one of the biggest victories in Christendom sports history, the win against the Patriots fueled the Rugby team for their final two games. The team traveled to Maryland to play and defeat Washington College 67-17. The next day, the Crusaders took on Montgomery College in Maryland and won in impressive fashion by a score of 93-0.

During these two matches, the Crusaders played wonderful team-oriented rugby and showed great endurance—recurring themes throughout the season. There performance was a tribute to the training of the team throughout the offseason in the fall and into the spring.

“It wasn’t just one or two guys carrying the team,” says Ben Ranieri, a member of the class of 2011 and forward for the Crusaders. “It was each man carrying his own load for the success of the team.”

The Christendom College Athletic Department created a new award called the Crusader Achievement Award to commemorate the tremendous success of their season. The award will be given to the Christendom varsity intercollegiate team with the highest winning percentage in their season during a given year. With the 6-1 record, the 2011 rugby team set the bar quite high for future Crusaders. 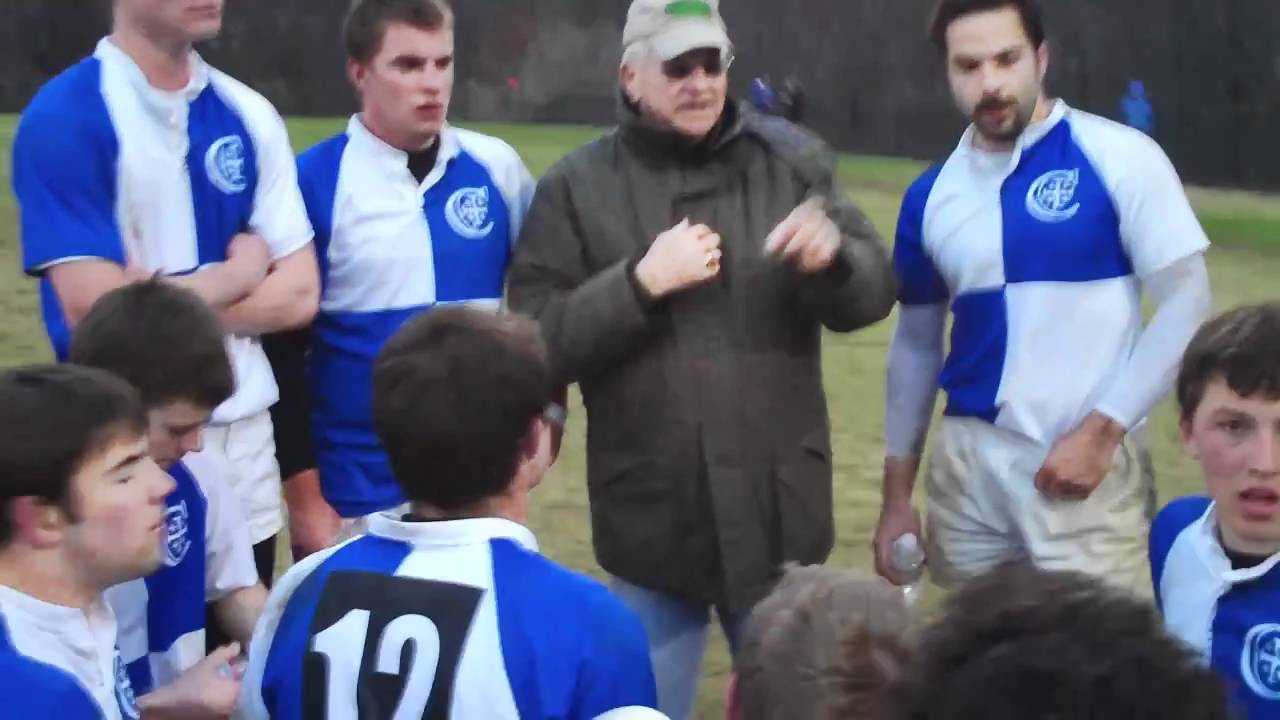