By the year 2020, it is estimated that there will be a shortage of 800,000 nurses. With people living longer and needing more care, the healthcare field is one industry that seems to be growing, even despite the slow economy.

But rather than giving up on a well-rounded liberal arts education, and delving right into earning a healthcare degree, Christendom alumni are thankful that they studied the liberal arts prior to earning their graduate degrees in nursing. They believe they are better at what they do now, in part, because they earned their undergraduate degree from Christendom. 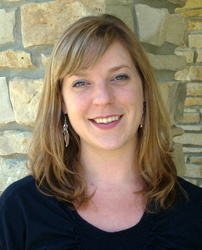 Ultimately, at the heart of nursing is the desire to serve humanity at the most basic level.  Christendom alumni are broadly educated through their study of the liberal arts, and they are well-formed both spiritually and morally through the College’s spiritual and educational offerings. So it is not surprising that many alumni decide to work in the healthcare field upon graduation.

Armed with their Christendom education, then are able to tackle the many ethical issues that arise in the field of medicine and give their patients more than just physical care.

“Nursing is a rewarding and demanding profession,” says philosophy major Teri Rusnak (’04). Rusnak, who holds a Diploma of Nursing from St. Luke’s School of Nursing in Bethlehem, PA, is convinced that the philosophy and ethics courses she took at Christendom gave her the tools that she considers to be the most valuable in her work as a nurse.

“I have many hospice cases, and with them come difficult decisions,” she says. “I’m convinced I would not be able make these ethical decisions in keeping with the dignity of the human person without my Christendom experience.”

A Stroke and Progressive Care Certified Nurse who works at Community Memorial
Hospital in Menomonee Falls, WI, Rusnak’s Christendom experience has taught her to balance the seriousness of her profession with the rest of her life. She did not have what she calls “a narrow college experience.”

Alumna Jill under Vander Woude (’04) earned her BA in philosophy from Christendom before earning her Associate’s in Nursing from Marymount University, VA; she then earned her Bachelor of Science in Nursing From Jacksonville University, FL. She believes that her Christendom formation is absolutely key to her ability to do her job well. As a Registered Nurse working in the Cardiovascular Intensive Care Unit at Pitt County Memorial Hospital in Greenville, NC, her patients are usually very sick and at a point in their lives where there is a lot of searching.

“I’ve had great conversations with patients, often starting simply with them noticing a cross or medal around my neck,” she says. “It’s awesome to be able to share the loving Christ to someone who is nearing death or has lost all faith during times of illness.”

Vander Woude also found that she was a step ahead of everyone when going through nursing school.

“Many of my classmates had some sort of prior business degree,” she says. “I always laughed to myself when I heard them complaining about the five-page papers we’d have to write—having just recently completed my 40-plus-page philosophy thesis. Every employer I’ve worked for has spoken highly of my philosophy degree and mentioned it as a deciding factor in hiring me.”

As a Registered Nurse at Reston Hospital in Reston, VA, history major Tess Ginski (07), who earned her Bachelor of Science in Nursing from the University of Tennessee Health Science Center, has had the same experience in job interviews.

“Nursing supervisors are always interested in my previous degree,” she says. “I think a Bachelor of Arts degree tells an employer that you are a well-rounded, diverse individual with a broad base of knowledge.”

Much like Rusnak, Ginski’s Christendom degree not only helps her land jobs, but also makes her a better nurse. Her knowledge of the teachings of the Catholic Church with regards to medical issues has also helped her in making patient care decisions—especially with regards to end of life care.

“The medical profession has a lot of gray areas,” she says, “and I often recall certain points I learned in the moral theology and apologetics classes that I took my junior year at Christendom.”

These gray areas need objective Truth as a guide, Vander Woude explains. She says that while the healthcare profession is full of many intelligent doctors, surgeons, researchers, and nurses—who do incredible things to help people—very few are guided by objective Truth.

“I discovered this in nursing school,” she says. “Their work is in vain because they miss the mark on such important issues. It’s so important to be able to see through the fallacies that are taught and lived out in healthcare. Thanks to my education, I can.”

Through their daily patient care and ethical decisions, Christendom alumni are working to restore the field of medicine to Christ.

“I am trying to be a good example of a Catholic youth adult to my patients and co-workers,” Ginski says. “I am also striving to treat my patients as if they were the suffering Christ, and I try to treat them with dignity until natural death.”