A prayer service with Rosary will be held on Friday, September 30 at 6:30 p.m. at Dellinger’s Funeral Home in Woodstock, Va., followed by Family Visitation from 7:00 p.m. to 8:30 p.m. A funeral Mass will be celebrated on Saturday, October 1 at 1:00 p.m. at St. John Bosco Catholic Church followed by full Military Honors. 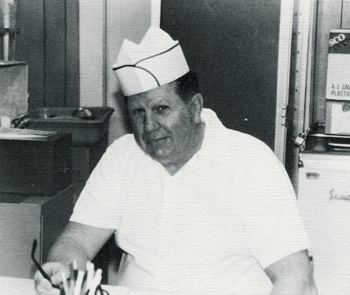 Sarge retired from the U.S. Army after 21 years and 6 months of service. He fought in the Korean War, and had multiple tours in Korea, Japan, Germany, and throughout the U.S. After his service with the military, he then worked for the Massanutten Military Academy and Christendom College as Food Service Director and, later, at the Driving Range in Bryce Resort.

Sarge was the Food Service Director at Christendom College from 1979 to 1992. During that time, Christendom was very new and was struggling financially. As a result, the food budget was not that elaborate, but Sarge had a way of making things stretch so that he could stay within budget.

“When I first came to Christendom, Sarge was a cheerful voice and face,” College President Dr. Timothy O’Donnell said. “He was a figure larger than life and created a special atmosphere in the kitchen. He always had a smile and was greatly loved by the students and faculty.” 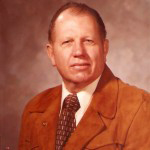 Eternal rest grant unto George Robert Carter, O Lord, and let perpetual light shine upon him. May his soul and the souls of all the faithful departed rest in peace. Amen.