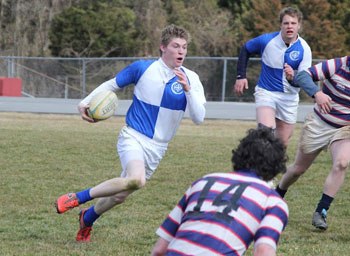 In its first-ever home game, the Christendom College rugby team defeated the American University Eagles by a score of 40-7 on February 25.

Playing on the former Warren County Middle School football field, in frigid windy weather, the Christendom Crusaders played one of their best games ever, bringing home a win against a very seasoned and tough team.

The Crusaders next game will be against Catholic University of America on March 17 in DC at noon.