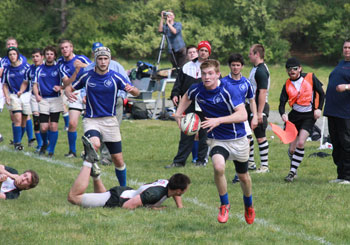 The Crusader rugby team played its last game of the season this past Saturday, March 31, defeating Lord Fairfax Community College on its home Middletown, Va., field by a score of 25-10.

Earlier in the season, the Crusaders beat two local rivals: The Catholic University of America and American University.