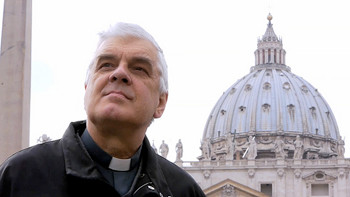 Rev. Wojciech Giertych, the Theologian of the Papal Household, will address the students and faculty at Christendom College on September 14, 2012, at 6:00 p.m. as part of the college’s 35th Anniversary Academic Convocation Weekend. Rev. Giertych’s address on the Polish historian Feliks Koneczy will follow a special dinner and ceremony in which the renowned theologian will receive an honorary doctorate from Christendom.

As the Theologian of the Papal Household, Rev. Giertych serves as a private theological consultant to the Pope. He has the task of providing the Holy Father with advice on theological issues, and checking all papal texts to ensure that ideas are conveyed with clarity, as well as serving as a sounding board for the Pope’s theological ideas. Since the Middle Ages, the post has been held by Dominicans.

Rev. Giertych, who speaks Polish, English, German, French, Italian, Spanish and Russian, and was born in England to Polish emigrants, studied history at the University of Poznań in Poland. Upon graduation in 1975, he entered the Polish Province of the Dominican Order. He studied philosophy and theology at the Dominican House of Studies in Kraków, and was ordained a priest in 1981. He studied at the Pontifical University of St. Thomas (Angelicum) in Rome and obtained a license in spiritual theology and a doctorate in moral theology, writing a dissertation on “The New Law as a Rule for Acts.” He has served as a professor of moral theology in the Dominican House of Studies in Kraków and at the Angelicum.

Rev. Giertych has been published extensively on the topic of moral theology, including: The Examination of Conscience of Moral Theology, How to Live by Grace: Divine Fecundity within Human Action, and God the Source of Law: Gospel, Israel, Nature, Islam.

For more information about Christendom’s 35th anniversary celebrations, including its Gala to be held on April 6, 2013, visit christendom.edu/35.