Poet and Author to Deliver Lecture at Christendom College 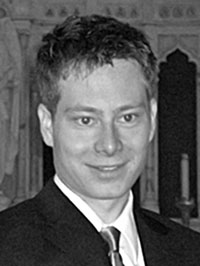 Dr. James Wilson, an author and professor of literature at Villanova University, will deliver a lecture entitled, “The Drama of Cultural Conservatism,” at Christendom College on November 19 at 4:30 p.m.  Sponsored by the College’s conservative student discussion group, the Cincinnatus League, the talk will be held in St. Kilian’s Café.

Dr. Wilson has authored many essays on philosophical-theology and literature, and is currently at work on two books: T.S. Eliot, Jacques Maritain, and the Return to the Real and The Vision of the Soul: A Conservative Defense of Truth and Beauty (some excerpts from which originally appeared in Front Porch Republic). A poet, and critic of contemporary poetry, some of his work has appeared in The Dark Horse, Modern Age, Lucid Rhythms and Measure. For two years, he penned a regular column, The Treasonous Clerk, which was published in First Principles, and also a book of poems, Four Verse Letters (Franciscan University at Steubenville Press, 2010).

For more information about this lecture contact Bailey Lowe at blowe@christendom.edu.