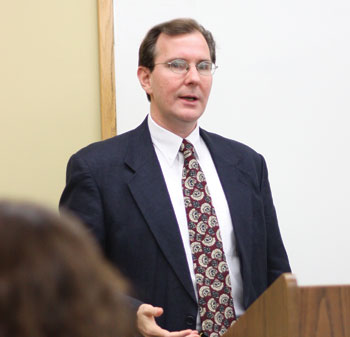 Dr. Christopher Shannon, associate professor of history at Christendom College, recently engaged in a lively debate with noted Brown University historian Prof. Robert O. Self on the politics of the family in America since the 1960s.  Prof. Self is the author of the highly acclaimed study, All in the Family: The Realignment of American Democracy Since the 1960s.

“I do not take issue with the facts Professor Self presents, but rather the framework within which he organizes these facts,” says Professor Shannon.  “Self’s underlying assumption that the family is merely a social construct obscures the true stakes of the political debate over issues like gay marriage and undermines his own stated concern to defend a robust public political culture against the increasing trends toward privatization during the era from Ronald Reagan to George W. Bush.”

This debate took place on the scholarly website of the Society for U.S. Intellectual History. To read the debate, click here.

Shannon was also recently elected to the Board of Directors of the Fellowship of Catholic Scholars. Find out more about the Fellowship here: catholicscholars.org