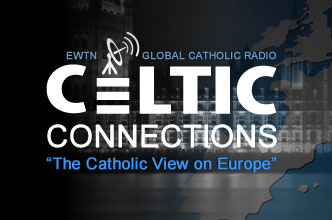 College President Dr. Timothy O’Donnell is being featured on the Celtic Connections Radio Program broadcasted on EWTN radio from Ireland. The program, hosted by Kathy Sinnott, is a weekly one-hour radio program providing a Catholic view of current events in Ireland, Great Britain, and Europe. In a show dedicated to the state of Catholic education in Ireland, O’Donnell discuses the College’s launch of the St. Columcille Institute in Ireland, being held July 20 – August 7, 2013.

O’Donnell was the first layman to receive both his licentiate and doctoral degrees in Ascetical and Mystical Theology from the Pontifical University of St. Thomas Aquinas (Angelicum) in Rome. He has taught at St. John’s Seminary in Camarillo, California and at Loyola Marymount University in Los Angeles, California. He is a Knight Grand Cross in the Knights of the Holy Sepulchre and he is a Consultor to the Pontifical Council for the Family. Additionally, he is the author of Heart of the Redeemer and Swords Around the Cross: The Nine Years War. He has filmed many programs for the Eternal Word Television Network (EWTN) including Glory of the Papacy and Luke: Meek Scribe of Christ.