During the dinner, college chaplain Fr. Donald Planty, Jr., presented a special message from Pope Francis to the College:

On the anniversary of the establishment of Christendom College, His Holiness Pope Francis sends cordial greetings to the entire academic community with prayers that this commemoration will foster a renewed commitment to the ideals of Christian faith and academic excellence, which inspired the college’s foundation. His Holiness willingly imparts his apostolic blessing as a pledge of grace and peace in our lord Jesus Christ. 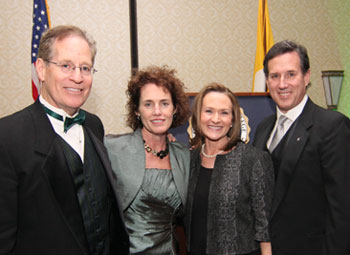 “The event was a great success,” said John Ciskanik, the college’s vice president for advancement. “Not only was it an elegant and enjoyable evening, but we were able to shore up resources for our robust 100% donor-driven student financial aid program. Thanks to the attendees and sponsors, we have surpassed our fundraising goals for this year.”

Ciskanik said that donors and sponsors are attracted to the college because of its commitment to an authentic Catholic liberal arts education, its refusal to accept federal funding, and its high-caliber alumni.

Alumnus Mark Rohlena, CEO of Catholic Charities of Central Colorado, addressed donors at a reception prior to the dinner, where he explained that his Christendom liberal arts degree enabled him to excel both as a lawyer and then as the leader of a non-profit organization.

“While I would put the academics of Christendom College against any other school for helping its graduates learn to think, Christendom’s approach is much more than this,” Rohlena said during his remarks. “The school’s mission is to create and train a vanguard of Catholic men and women who are equipped intellectually and spiritually to go out and meet the growing threat. Graduates are called to actively propose a counter-culture to the withering and stagnant culture that we see gaining strength all around us.”

During the dinner, college president Dr. Timothy O’Donnell presented Bishop Loverde with a bust of Blessed Pope John Paul II in honor of the bishop’s 25th Episcopal Anniversary, after which, O’Donnell gave reflections on the college’s 35th Anniversary.

“For 35 years we have been sending forth deeply educated, joyful witnesses to our Crucified Risen Lord, to take leadership role in the New Evangelization,” he said. “Our work is not done. Together we are accomplishing great things for Christ—it is just the beginning.”

“Christendom College exists in its outstanding educational and formational program to bring our students close to Him,” O’Donnell continued. “Not an idea, not an abstraction, but a Person, indeed a Divine Person, Christ Jesus, Our Lord. Our college exists to help consecrate the intellect, the will – the whole person to Christ. Not to ‘follow at a distance.’ The true disciple is close to Him, fixes his eyes on Him.”

The gala concluded with a dance, which featured live swing music performed by Yesterday Swing Orchestra. 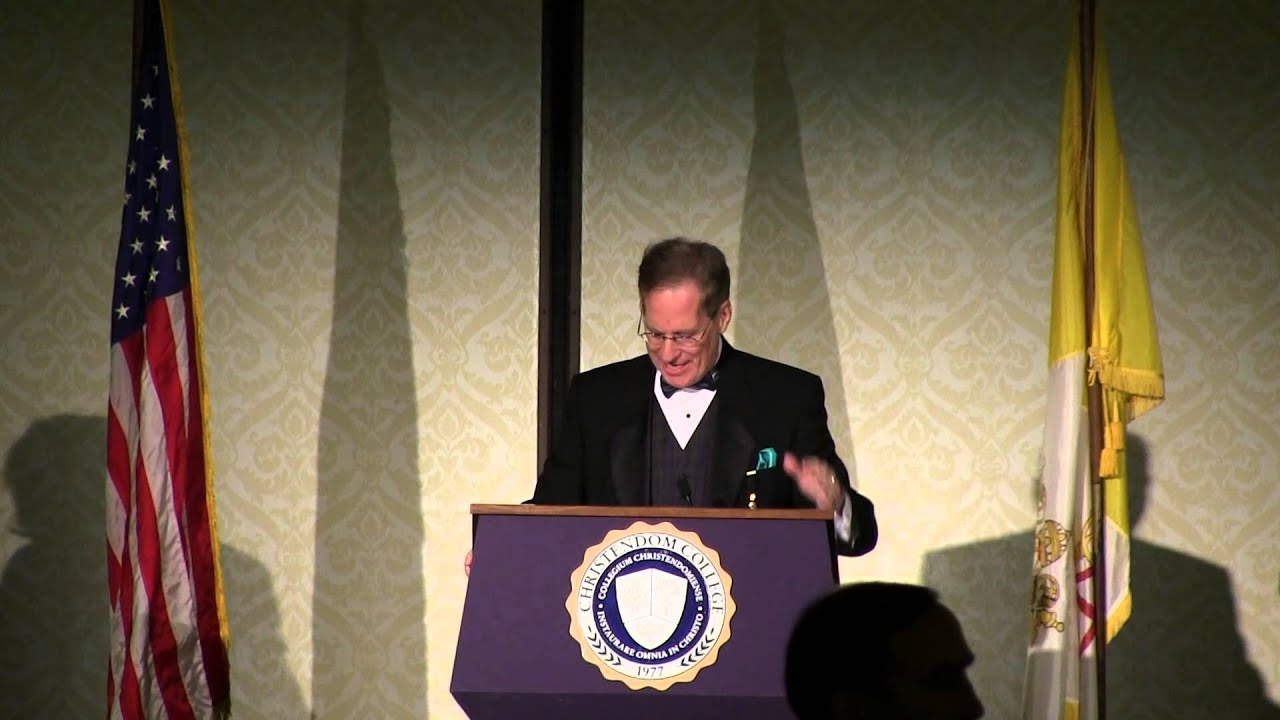 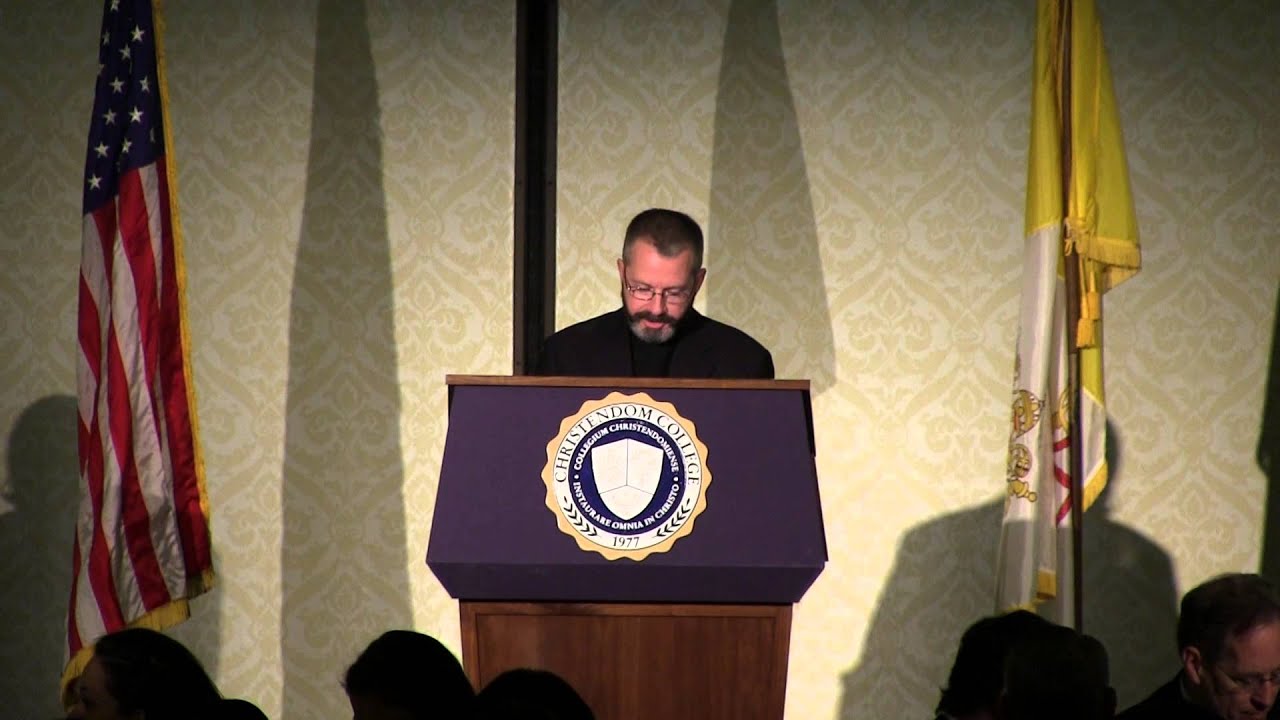