The Christendom Graduate School attracts not only recent college graduates to its MA program in theology, but also a good number of early retirees looking for a second career. Many federal employees and military personnel live—and retire—in the Washington Metro area, so it comes as no surprise that many well-educated and accomplished people are looking to Christendom for the theological education that they missed in their previous education.

Some are studying for personal enrichment, having realized that with all their degrees they still lack a “real” education. Others are seeking the MA as a path to a second career in ministry or teaching—wanting to give back and serve the Church. Attracted to Christendom because of its joyful orthodoxy and flexible programs, these older students are appreciative and dedicated scholars who shine in the classroom. 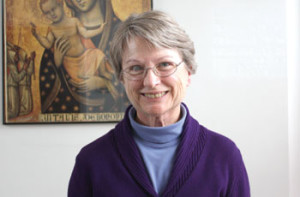 Nancy Rowland is a retired scientist who spent more than 25 years working at NASA’s Goddard Space Flight Center and the US Naval Observatory. With a doctorate in astronomy from the University of Maryland, Rowland started her own business employing programmers and scientists to support NASA’s research programs. Her company made radio-telescope observations of quasars and used them to detect motions of the earth’s tectonic plates in order to aid in earthquake prediction and in precise measurement of the earth’s rotation, so necessary for the space program.

After being away from the Church for many years, Rowland had a change of heart, returned to the sacraments, and began to play the organ for Mass in her home parish. As she became more interested in learning about the liturgy and her Faith, she providentially noticed the registration brochure for the Christendom Graduate School in her parish pamphlet rack.

Living in Kilarnock, VA, too far away to attend classes at Alexandria, she is now taking her courses online. At least once or twice a semester, however, she makes the three-hour drive to campus to spend a few days consulting with her professors and doing research in the library. She finds her courses “interesting, engaging, and challenging. The professors are totally dedicated, enthusiastic, and knowledgeable.” 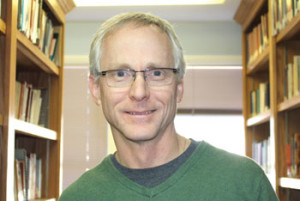 Vince Drouillard spent 30 years in the Navy, most of them as a carrier pilot and adversary pilot flying the F-14 Tomcat, F-16N Falcon, and A-4 Skyhawk. His last eight years in active duty were spent at the Pentagon and Crystal City serving the Navy in various leadership positions.

Earning a degree in theology was a dream for Drouillard, and he saw his chance upon retiring from the Navy. He was drawn to the Christendom Graduate School after witnessing several alumni actively serving and evangelizing in the Northern Virginia area. He and his wife, Nelly, enrolled in the Living Biblical Greek course taught by Dr. Sebastian Carnazzo at the Grad School last summer. Impressed with this course, Drouillard decided to continue full time in order to learn more about the Faith and to come to know and serve God more fully. He hopes to teach and also to evangelize his “domestic church” of four sons.

People usually think of retirement as the end of something, but for these retirees at Christendom, it is just the beginning of great things to come. Click here to find out more about the Graduate School’s residential summer program.