A liberal arts education may seem like a strange first step for someone considering a career in federal or local law enforcement, but—according to College alumni Nick Murphy (’90) and Ted Eidem (’00)—their Christendom education has been invaluable to them in their careers. Whether analyzing the scene of a crime or defending their findings in court, these alumni found themselves at a tremendous advantage thanks to their liberal arts education. 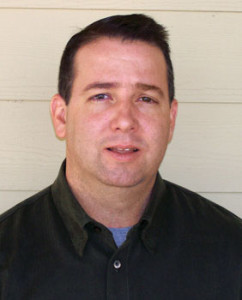 “The emphasis that Christendom placed on developing skills in research, writing, and defending truths, have easily been the most beneficial of the many practical, career-minded skills that I developed in college,” Murphy says. “I can trace most of my career advancements to these skills, and have had different supervisors point to these strengths as grounds for my success.”

Murphy, who works as an Agent for the Bureau of Alcohol, Tobacco, Firearms, and Explosives (ATF), entered this field due to what he calls “an ardent desire to take an active role in protecting the innocent, and holding violent persons accountable for their actions” and chose the ATF because “its agents spend the majority of their efforts fighting the most violent of all criminals.”

“In my work, I depend on my ability to communicate with others, search for facts and answers, and most importantly, articulate and defend my findings both in written reports and orally in court rooms,” Murphy says.

Murphy explains that, while the study of criminal justice concepts and procedure is obviously needed at some point, he found tremendous advantages in adding a foundation in the liberal arts to the specialized training that he received.

Eidem, a Sergeant for the Louisville Metro Police Department in Kentucky, concurs.

“A Christendom College liberal arts degree provides law enforcement agencies with candidates that think logically, are articulate, write well, learn quickly, and have the ability to face any challenge,” Eidem says. “Christendom prepared me for this career and rigorous training with a strong work ethic, a sharp and logical mind, the ability to write and speak clearly, and the spiritual foundation to survive the emotional challenges.”

Eidem believes the spiritual foundation that he received at Christendom was essential for his line of work. 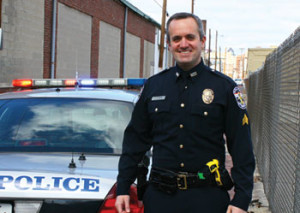 “There are many attributes required to make a good law enforcement officer, but I believe the most important is to be of good character,” Eidem says. “Our society grants the police so much authority and entrusts them with maintaining peace and order. The fortitude to resist temptations, to strive for what is right, to stay always truthful, and maintain a strong moral conscience are the only ways to justly carry out your duties and validate the people’s trust. Christendom is second to none in forming men and women of good character to be sent into the world to do what is good.”

Eidem became inspired to be a police officer during his American Constitutional Law classes at Christendom. He was fascinated by America’s judicial system—especially in the areas of search and seizure, arrest, and matters relating to the criminal law field.

“I wanted to become involved in the development of the case law, not in the theoretical sense, but on the ground level where theory and law are put into practice,” he says.

As Eidem and Murphy put theory and law into practice, they find it easy to live out their alma mater’s motto, “to restore all things in Christ.” Work as an ATF agent affords Murphy excellent opportunities to be a witness to Christ, while providing personal satisfaction in a field that provides service and benefit to society. Eidem says that he is able to fight for what is good and bring peace and justice into the world a little bit every day.

“By living the teachings of Christ, not only can you be an example for all,” Eidem says, “but more particularly an example to other police officers, who sometimes suffer from their work in helping others.”

Find out more about the many ­fields that Christendom graduates excel in at: christendom.edu/leaders.