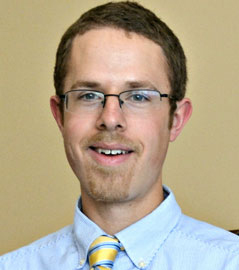 Last week the Dominican Province of St. Joseph announced the 18 men who have been accepted for the 2013 novitiate class, which included two Christendom College alumni. Marc Solitario (’11) and Stephen Tomlinson (’12) will be vested on the feast of St. Dominic, August 8, at St. Gertrude priory in Cincinnati.

Originally from Massachusetts, Solitario has been teaching high school theology and history at Lowell Catholic High School in Lowell, Massachusetts, while being enrolled in a graduate program at Providence College.

Solitario says that after graduating from Christendom with a BA in Philosophy, he experienced a desire to let all of the things that he had learned to love throughout his upbringing and education bear fruit.

“Over the past years I have come to understand that this Dominican path is likely the one God will use to sanctify me and those whom he places in my life,” he says.

A philosophy major from South Carolina, Tomlinson says that he discerned a vocation to the religious life at Christendom and spent time visiting different religious communities.

“After graduation, I decided to discern with the Dominican order, and moved to Virginia to live and work while completing the application process,” he says. “I look forward to this next year as a novice and discovering the Will of God ever more clearly with my brothers in religion.”

Find out more at dominicanfriars.org.