Crusaders Excel in Athletics and Academics 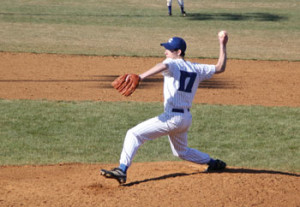 In 2013, 47 of the 94 students who earned their BA’s graduated with academic honors, earning a 3.25 GPA or higher. And among those 47 were 24 student athletes who had played on intercollegiate varsity teams. Unlike many other college athletic programs, the Christendom coaches and Athletic Director work very hard to ensure that all of their athletes remain focused on their academic lives while playing competitively on the various varsity teams.

“These young men and women exemplify what we are trying to do with our athletic program,” says Athletic Director Chris Vander Woude. “We strive for the balanced individual development of students to help them stay focused on the pursuit of excellence in all they do.”

Additionally, in their four years at Christendom, the recent graduates helped their teams amass 17 out of 28 seasons with at least a .500 winning percentage. Included in these was this past rugby season in which the team finished with an undefeated 4-0 season and claimed the Crusader Achievement Award, which is given to the varsity team with the highest winning percentage each year.