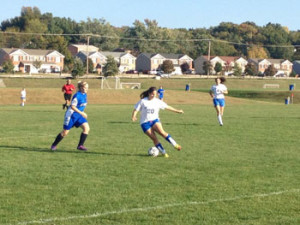 The men’s soccer team tied Potomac State of WVU (0-0) this past Wednesday and claimed a shutout victory against Patrick Henry College (8-0) on Saturday. The Crusaders are back in action against Lord Fairfax Community College on Wednesday, October 9, at Skyline SoccerPlex in Front Royal at 5 p.m.

The women’s volleyball team lost in four games to Appalachian Bible College and again in three games against Johnson University on Friday. The Lady Crusaders hosts Penn State Mont Alto at 7:30 p.m. this Tuesday, October 8, and as well as Trinity University at 7 p.m. on Thursday, October 10.