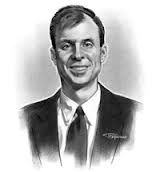 Christendom College philosophy professor Dr. John Cuddeback is now a regular contributor at Aleteia.org, a Christian online news source. Aleteia made the announcement this morning with the posting of an article by Cuddeback entitled “A Vision of Hope for the New Year.”

Aleteia welcomed Cuddeback with excitement in an introduction before his article, which praised him as “the author of one of the most exciting new blogs on the digital horizon, Bacon from Acorns, devoted to the oft-neglected ‘philosophy of household.’”

“John has a gift for making classical wisdom relevant to all the small, and not so small, details of daily life in the contemporary world,” the introduction continued. “We at Aleteia know you are going to enjoy John’s wisdom, which will be appearing here every other Wednesday.”

Cuddeback is also the author of True Friendship: Where Virtue Becomes Happiness.

Aleteia is a major evangelization initiative for the digital world, which was launched in 2011 from Rome. Supported by the Foundation for Evangelization through the Media (FEM), it is an open network that welcomes the contributions of people seeking Truth, including comments, critiques, and suggestions. For more information visit aleteia.org.