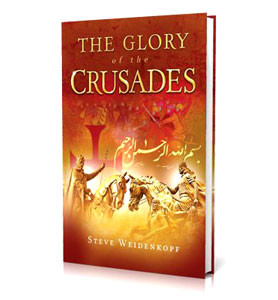 In a gripping new book, Christendom Graduate School professor and historian Steve Weidenkopf challenges the widespread notion that the Crusades were barbaric wars of greed and religious intolerance. “The Glory of the Crusades” replaces such persistent modern biases with a more factual and nuanced—yet no less compelling—vision of Christendom’s 600-year struggle to reclaim the Holy Land.

“Most people’s impression of the Crusades is fostered by Hollywood movies and documentaries on TV,” says Weidenkopf. “But such presentations of the Crusades are greatly misleading, because Hollywood and TV rely on an outdated anti-Catholic narrative.”

That narrative dates back to the Reformation, he says, when Martin Luther helped spread lies and exaggerations about the Crusades “because he saw them as an outgrowth of the Catholic Church’s authority and power.” Later, Enlightenment authors such as Voltaire and Gibbon built on such falsehoods, eventually shaping modernity’s received negative view of the Crusades. Today, the Crusades are a popular byword for all that is wrong with religion (especially Christianity), and are commonly viewed as an ancient cause of—even justification for—Muslim terrorism. 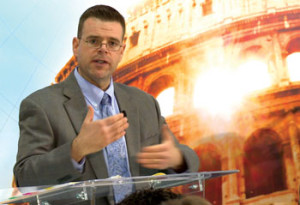 Even though today’s historians, working from the best modern scholarship, eschew this prejudice and are bringing to light an authentic understanding of the Crusades, the larger culture’s perception of the Crusades remains fixed in an anti-Catholic orientation. Weidenkopf hopes his book can bridge the gap, bringing the fruits of this scholarship to a wider audience.

Weidenkopf is also the creator and author of the “Epic: A Journey through Church History” adult faith formation program, which includes a 20-part study on the 2,000 year history of the Church and a 10-part study on the Early Church. He served as the Director of the Office of Marriage & Family Life for the Archdiocese of Denver (2001-2004) and as an advisor to Archbishop Charles J. Chaput, O.F.M. Cap. Steve holds an MA in theological studies from the Graduate School at Christendom College and a BA in International Relations from Syracuse University.