Experiences at Christendom Inspire Alumna to Serve Others 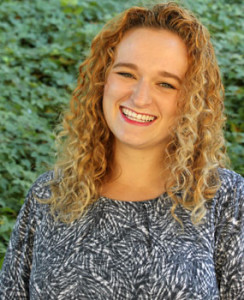 This January, Christendom College alumna Maeve Gallagher (’14) leaves for Guatemala to serve for at least two years as a lay missionary with Franciscan Mission Service (FMS), a Catholic nonprofit which prepares and supports lay missionaries in order to address issues of poverty.

“It was a transformative experience where I discovered the totality of Christ’s love,” Gallagher said. From that point on, she knew that she wanted to continue her service to the poor.

While her experience in Honduras planted the seed of service, it blossomed into her becoming a lay missionary when she participated in Christendom’s Rome program her junior year. In a pilgrimage to Assisi that semester, she fell in love with the Franciscan charism. “Learning about St. Francis’ mission to live in solidarity with the poor stood out to me,” Gallagher said. “Seeing where he walked with his friends, prayed, and cared for the poor made his teachings tangible.” 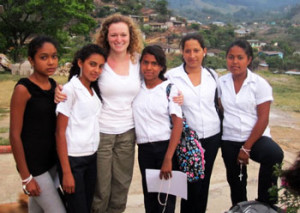 As a result, Gallagher and her classmates adopted St. Francis as their patron saint for the semester, which happened to coincide with the election of Pope Francis.

“Standing in the rain in St. Peter’s Square as our new pope was announced, I knew that it was no coincidence that Pope Francis had taken that particular name,” Gallagher said. “St. Francis had permanently imprinted himself on my heart, and throughout the rest of the semester it became clear to me that God was calling me to follow in Francis’ footsteps.”

The Wheaton, IL, native will serve at Valley of the Angels, a school and home for the region’s poor children. Since its founding in 1988, it has been run by the Franciscans of the Immaculate Conception Province.

“We are blessed to have Maeve come to us so prepared and sure of her mission call, thanks to her experiences at Christendom,” Kim Smolik, executive director of FMS, said. “We hope the college community will continue to prayerfully support her as she offers her loving presence to impoverished children in Guatemala.”